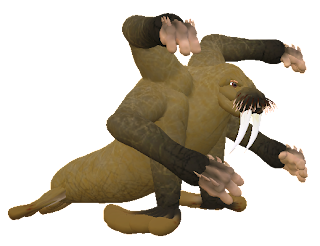 Brawlruses are enormous beasts that reach lengths of 15' long, and weights between 3-4 tons.  They stand 6' tall at the shoulder thanks to 2 powerful, flippered "legs" used for support and locomotion, and 4 muscular arms ending in bony-spurred paws sprout from their torsos.  Highly adaptable, brawlruses can be found in any climate and terrain.  They'll eat anything within reach.

A brawlrus is direct and brutal in combat, as it unleashes a flurry of savage blows until its opponent is battered and broken.  And if at least 2 paws strike successfully in a round, the creature can squeeze for an additional 2d10 damage.  Anyone squeezed in this fashion must make a Saving Throw Versus Stun or be Stunned for 1d4 rounds afterwards.

There is anecdotal evidence that brawlruses may be evolving intelligence, as some witnesses swear they've seen the creatures plod along on wheeled platforms, propelling themselves with their flippers.  If they exist, the speed and specifications of these contraptions is unknown. 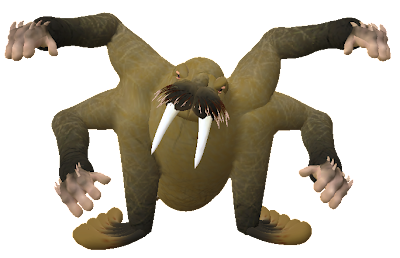 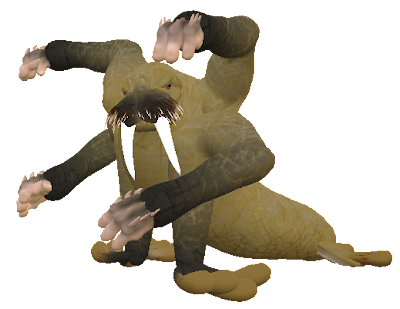 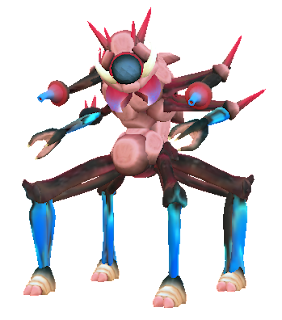 Scrawlers are man-sized, cyclopean arachnoids with thick, multihued exoskeletons.  Each is distinct in markings and coloration.  The creatures have 4 legs and 4 arms, with 2 of their upper limbs ending in unique ink-producing organs.

Ambush predators, scrawlers nest exclusively in Ancient ruins, particularly those that attract explorers and scavengers—derelict shopping centers, warehouses, factories, tractor-trailers, etc.  Using their ink-glands, they work in groups to cover their territories with glyphs that mimic Ancient iconography.  Scrawlers don't seem to comprehend what the symbols mean, yet recognize that adventurers are drawn to such images. 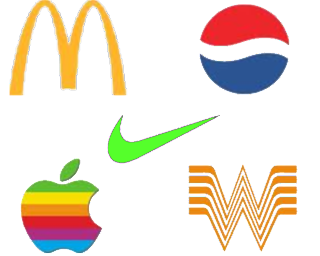 While scrawlers seem to indiscriminately mark their hunting grounds without a cohesive "theme", each nest apparently uses certain symbols more than others.  Perhaps that is how different groups identify themselves to their own kind.

In combat, scrawlers try to blind opponents with a conical spray of ink (15' long, 10' wide at the end) before attacking with claws and jaws.  Anyone caught within the discharged ink is Blinded for 3d4 rounds on a failed Saving Throw Versus Poison.

All attempts at communication with scrawlers have failed, and scholars debate whether the creatures are mindless drones capable only of rote mimicry, or actually sinisterly sentient. 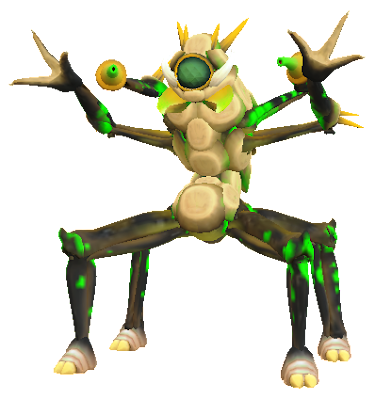 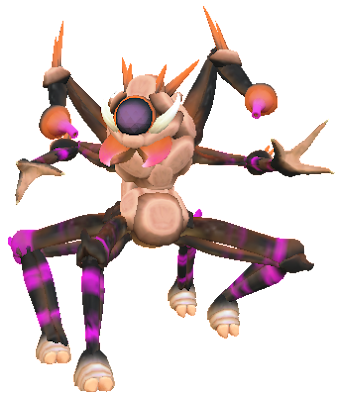