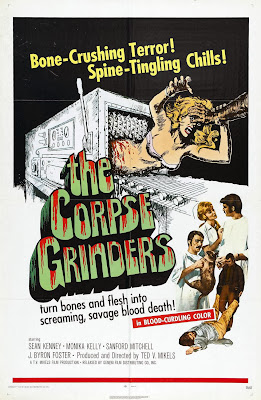 As the world marched towards The Apocalypse, The Ancients spent hundreds of billions of dollars annually on pet food and pet-related accessories...

...with demand so far exceeding supply that unsavory corporations came up with an elegant solution.... 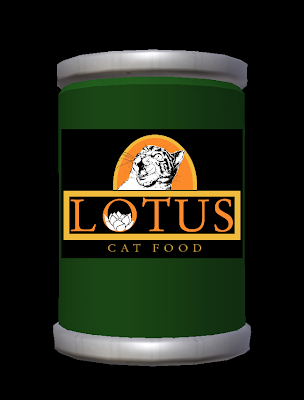 Lotus Cat Food is found in ruined groceries, veterinary clinics, department stores, and pet shops.  Each locale contains 2d12 tarnished, dented cans, and there is a 60% chance that the omni-polymer labels are unreadable.

Each tin contains brownish meat-slop soaking in clotted gravy.  Despite its noxious appearance, the sludge is quite savory, and utterly unspoiled by the ravages of centuries. What the unsuspecting don't know is that the meat isn't the typical beef, poultry, or fish... 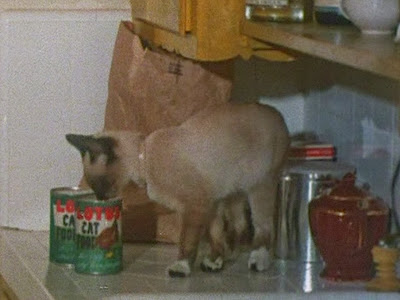 Any standard domestic feline that eats a full serving of Lotus Cat Food (each can contains 2 servings) goes berserk with cravings for Pure and Mutant Human meat, which translates to attacking as a 5 HD monster, gaining the Quickness Physical Mutation, a +1d4 damage bonus to any and all attacks, and a Morale score of 12.

Mutant felines (quadrupedal or humanoid, sentient or otherwise) are affected slightly differently.  They are allowed a Saving Throw Versus Stun per serving consumed, with failure indicating that the diner gains two Mutational Drawbacks:  the Physical Increased Caloric Needs [D] and a modified Mental Atrophied Cerebellum [D]. The subject loses -2 to INT as normal, but also -4 to WIL; furthermore, it gains an insatiable hunger for Pure and Mutant Humans, and attacks them on sight with a failed Ability Check Vs WIL.

Affected mutant felines and felinoids attack as if +2 HD higher, gain a singular +1d6 damage bonus in melee combat, and a +2 to Morale scores. 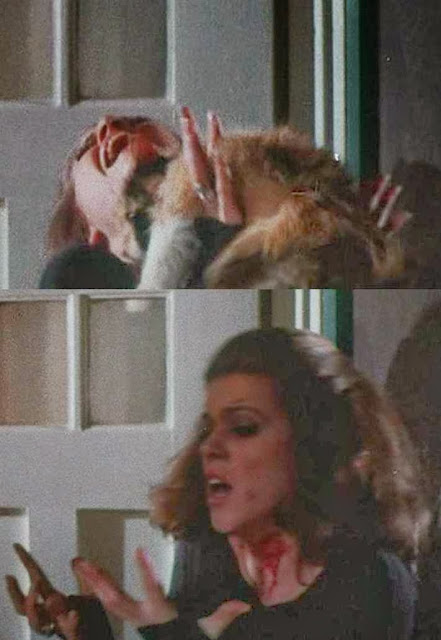 All non-felids have superior resistance to consuming Lotus Cat Food, and only acquire the modified Atrophied Cerebellum [D] mentioned above upon a failed Saving Throw Versus Poison with a +1 bonus.  They suffer no other effects, good or ill; the carnivorous urges are bad enough.

It is entirely possible that all known outbreaks of cannibalism in the Mutant Future are based entirely on Lotus Cat Food....!!! 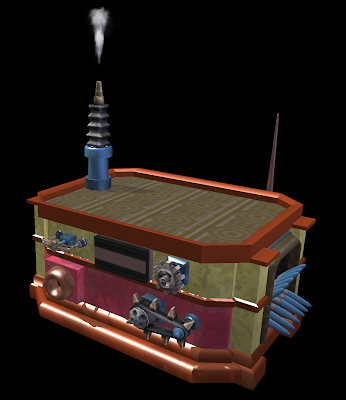 Ronco® Corpse Grinders are large machines that, appropriately enough, grind up human- / humanoid-sized corpses into tasty, pet-friendly glop.  To use the device, one loads an intact body (or dismembered parts) onto the attached conveyor belt, and pulls the activation lever...and over the course of the next 3d10 rounds, the machine discharges bloody slurry into well-placed buckets for canning.  (Ronco® Man-Canners sold separately.)

A living creature fed into a Corpse Grinder endures an agonizing 6d12 damage per round. 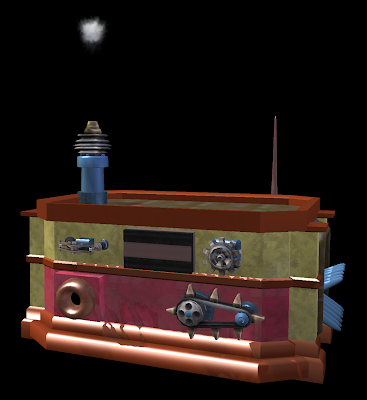 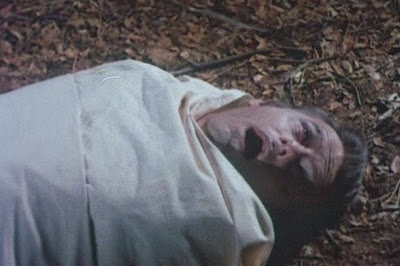 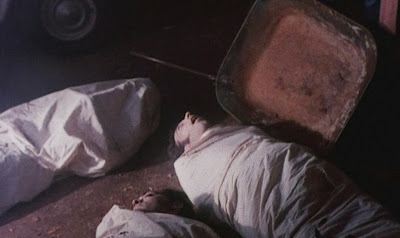 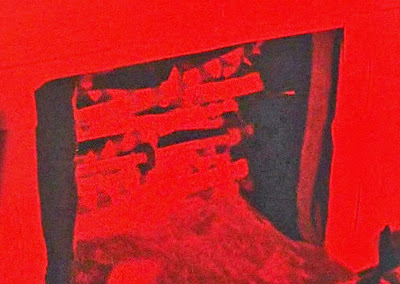 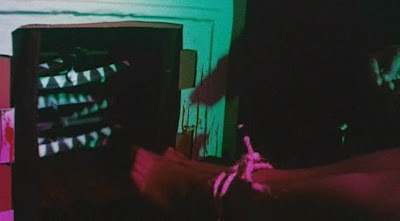 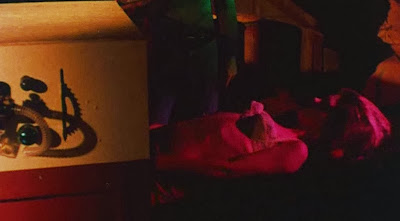 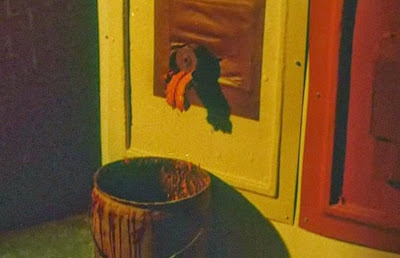 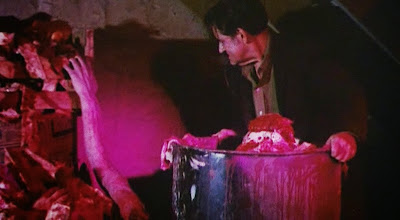 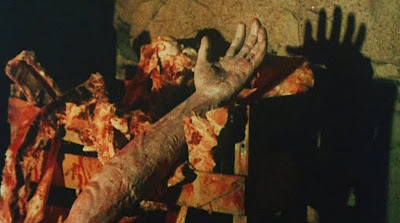 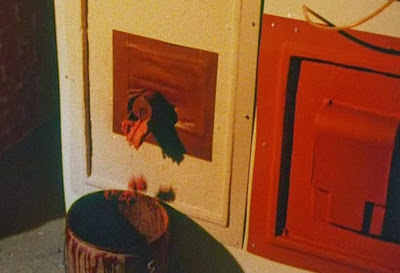 
You can order your very own copy of director Ted V. Mikels' newest opus, The Corpse Grinders 3, right here!  Each DVD comes with a sanguinary sample of Lotus-brand flesh-kibble, as seen above!!!  WHILE SUPPLIES LAST!!!