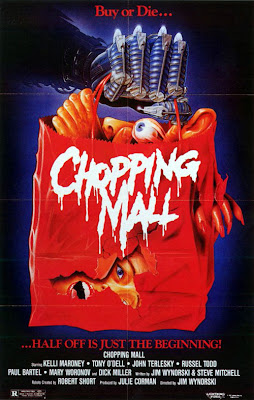 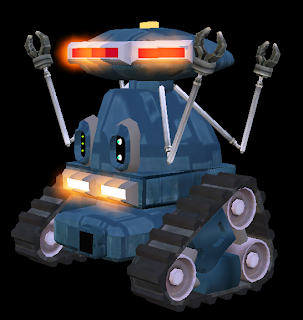 
The shopping complexes of The Ancients were decadent temples dedicated to copious consumption, and mechanical sentries stood guard over the treasures contained within...

...BUT WITH THE SLIGHTEST JOLT, THOSE GUARDIANS TURNED INTO KILL-CRAZED CONSTRUCTS WITH MURDEROUS MALEVOLENCE ON THEIR DIGITIZED MINDS!!!

Secur-Tronics Unlimited was the premier manufacturer of Ancient guard-droids, and the Protector 101 Series was the crown jewel of its catalog.  The Protectors—specifically programmed for non-lethal, restrain-and-detain responses—were deployed in malls for after-hours security, and controlled by localized mainframes that also managed various building systems:  environmental, elevators, time-locks, etc.

But these units had a significant design flaw:  electrical surges (particularly those caused by thunderstorms) fried the robots' master computers, rewiring them to actively hunt and terminate mall patrons and employees alike.

In the Mutant Future, it is safe to assume that any active Protectors are anything but; they are in full-on murder-mode.

The number of maulbots encountered is dependent on the size of their respective shopping centers—the larger the facility, the more robots contained therein.  The minimum encountered is always 3.  Maulbots work effectively in teams, using coordinated tactics to herd targets into kill-zones...and they are even more dangerous if their master computers are still active and controlling the building.

Any time a maulbot encounters an individual, it makes a request in mechanized English: "May I see your identification badge, please?"  But even if the proper key-card is supplied, the robot attacks after 1d3 rounds...and after each and every kill, it states, in the same monotone:  "Thank you.  Have a nice day."

Maulbots zip along at 8 mph, and are equipped with a wide array of deadly devices.  Their 4 extendable arms end in crushing claws that do 2d6 damage each, and on a To Hit roll of 19-20, they rip out a target's throat, killing it instantly.  A maulbot's optic lasers can be fired twice per round, with To Hit rolls of 19-20 indicating auto-kill shots (no Saving Throw allowed) to the head.  These lasers can be focused into narrow beams capable of cutting through 6" thick alumisteel.  Other weapons include:  1d8 sleep darts (Class 9 poison, with a 25' range), a taser array (acts as a Stun Pistol with 30' range and 1d6 charges), arm-mounted explosive gel dispensers (acts as Satchel Charge B, 1d4 uses), and a retractable grapnel-claw (capable of restraining—or impaling, for 3d6 damage—a man-sized target at 20').

Interestingly, every maulbot in a group has a distinct eye-beam color.

Maulbots are completely impervious to conventional firearms, and immune to open flames and temperature extremes.  That said, they are highly vulnerable to their own optic lasers.  If a maulbot hits another with its beams, or has them reflected back (via mirrors, or the Control Light Waves Mental Mutation), the struck machine short-circuits.  It spins uncontrollably in place, firing 1d4 blasts per round in random directions; at the end of 2d4 rounds, the robot explodes.

Despite their bulk, maulbots can ride escalators without any impediment. 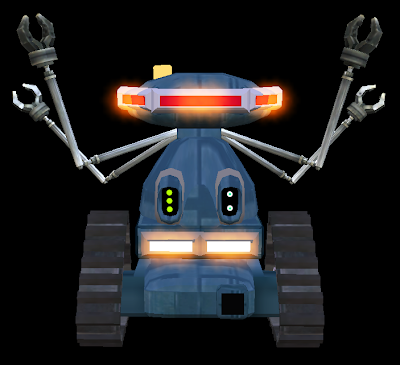 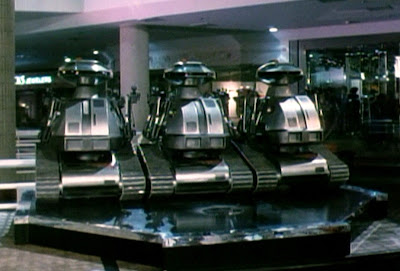 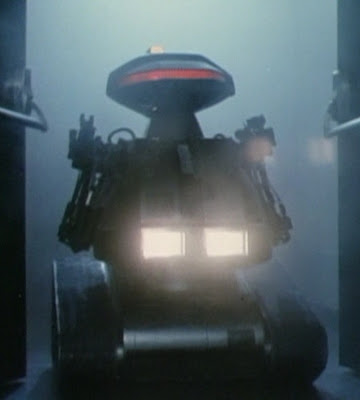 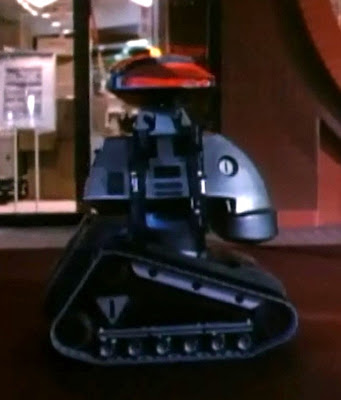 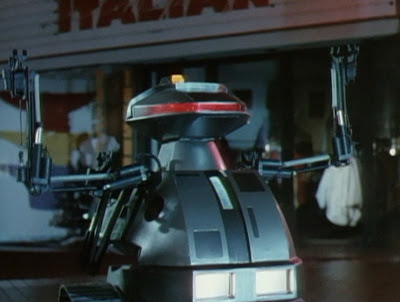 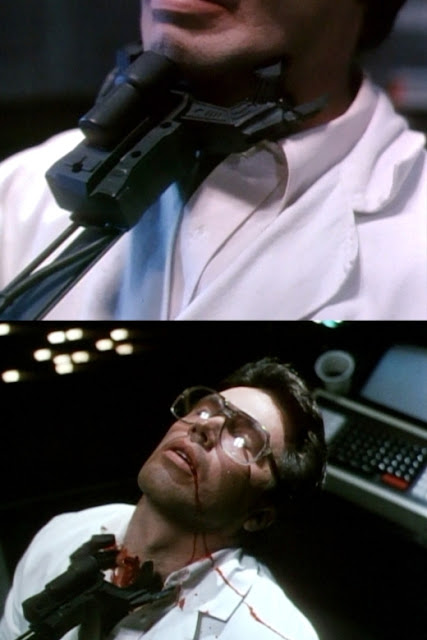 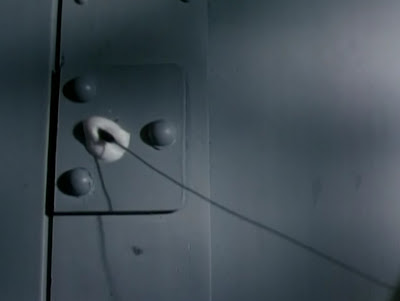 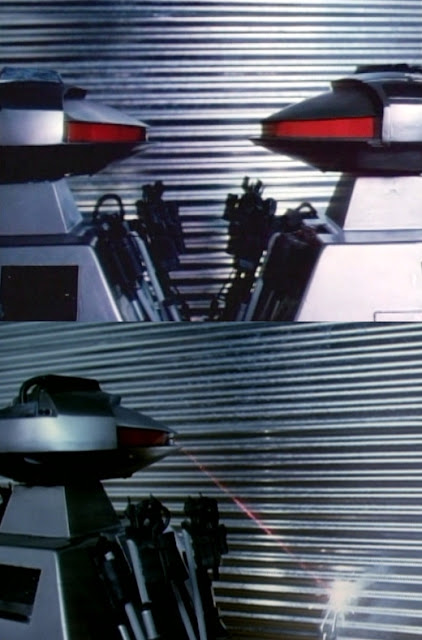 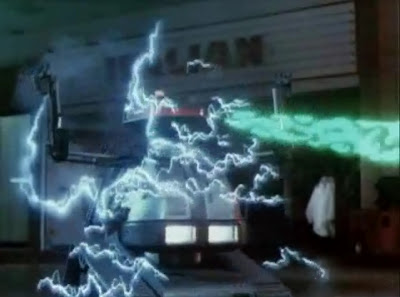