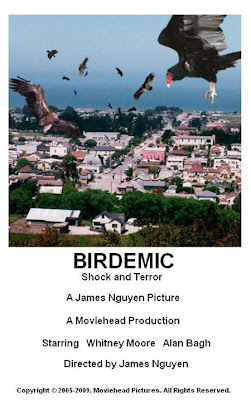 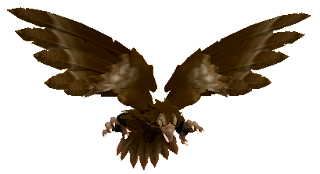 ...BUT THE BIRDS FOUGHT BACK, BRINGING FEATHERY DEATH FROM ABOVE!!!

Bombirds are hyper-aggressive avians that resemble Ancient eagles and vultures.  They attack in flocks, and unrelentingly pursue their victims, going so far as to rip their way into buildings and vehicles.  Bombirds naturally utilize Dive attacks to maximum advantage.

Twice per day, a flying bombird can disgorge gallons of acidic bile on 1 ground-based foe, doing a sustained 2d8 damage per round until rinsed clean.

And if angry enough, a bombird suicidally slams itself at full speed into a target (including robots, structures, and even the open ground itself) and explodes, doing 5d6 damage to everything within a 30' radius and igniting all combustibles—including other bombirds!—in the blast zone. Only living bombirds detonate in this fashion; those killed in flight crash uneventfully to the ground.  Particularly massive flocks can reduce a metropolis to rubble within hours.

Per documents credited to Ancient scientists, enmity between bird-kind and homo sapiens has existed since the dawn of time, as evidenced by the thousands of caveman fossils discovered with avian-induced injuries. 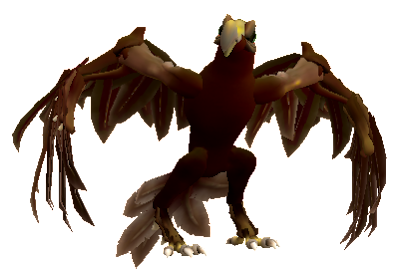 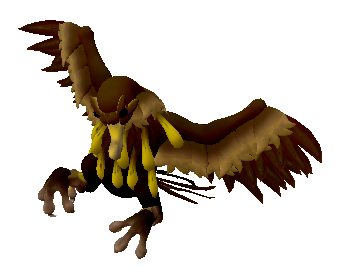 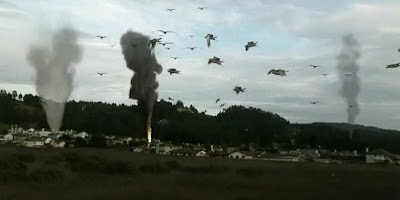 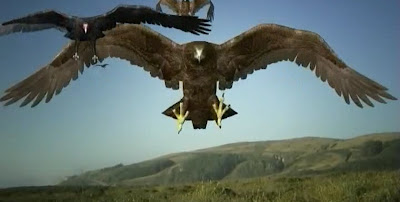 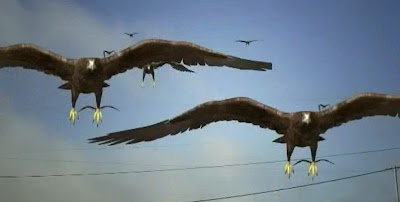 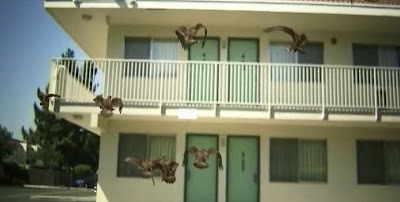 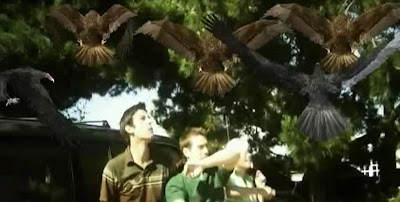 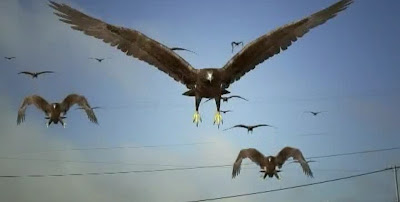 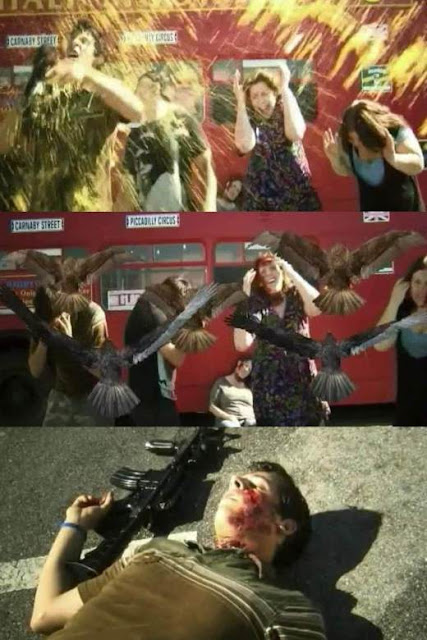 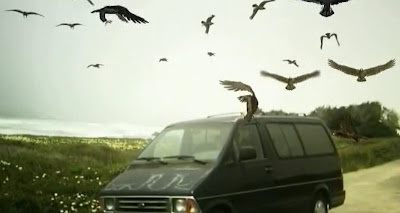 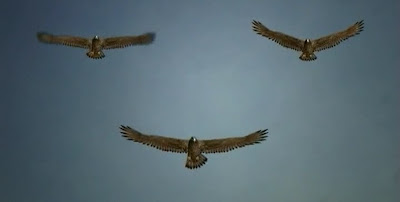