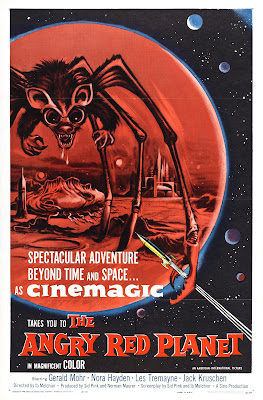 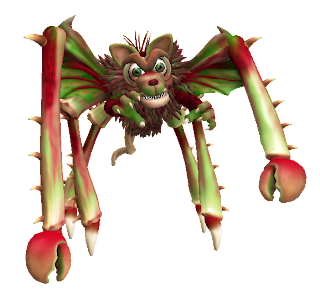 
As The Ancients took to the stars and explored new worlds, they cataloged wondrous flora and fauna never before seen...

...AND BEING UNSEEN IS HOW FOUR-STORY-TALL SPIDER-RODENTS BROUGHT DEATH AND DESTRUCTION TO MANY AN EXPLORER!!!

Rabachnids are towering, 40' monstrosities that prowl alien forests and jungles.  Their shaggy, vermin-like bodies sit atop spindly, arthropoidal legs, and their massive heads are all eyes and ears and teeth.  Grasping claws, scissoring pincers, and sinuous tails complete the nightmarish melange.

Despite their freakish appearances and massive builds, rabachnids are extremely stealthy, Surprising on a 1-5 on 1d6 in overgrown areas.  And even if encountered in flat, barren terrain, a rabachnid still manages to hide in plain sight by standing still, giving the appearance that it's just a copse of native trees—observers are bewilderingly oblivious to the clawed, fanged, furry horror before and/or above them.  This is apparently accomplished by a broad Mental Phantasm that automatically targets anyone (as if from a Willpower of 16) within a 3 mile radius.  The effect even works through optical-based sensory equipment.

The Ancients brought some rabachnids back to Earth for display in wondrous xenozoos, but the creatures have long since escaped into the wilds of the Mutant Future. 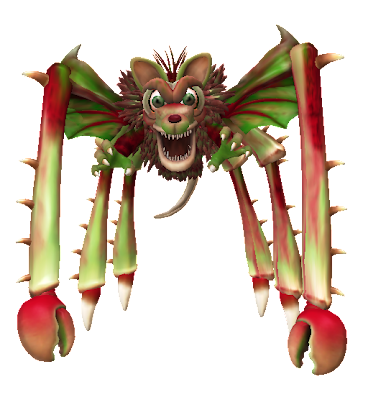 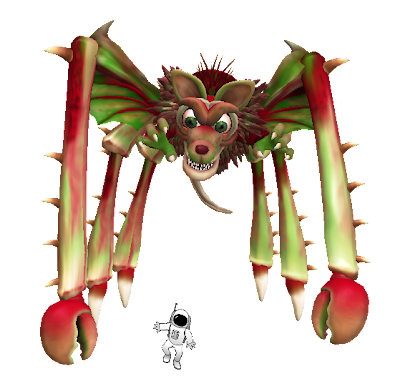 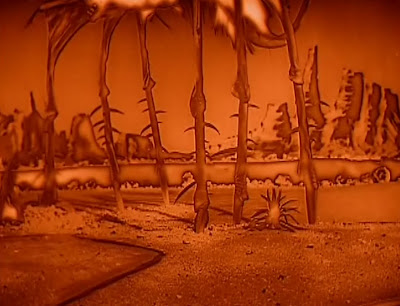 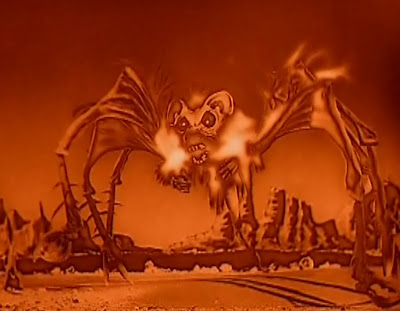 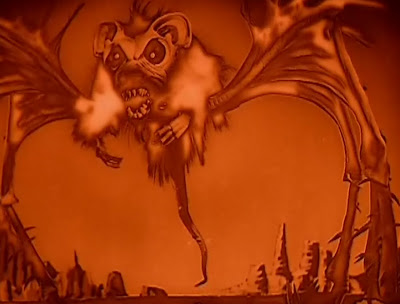 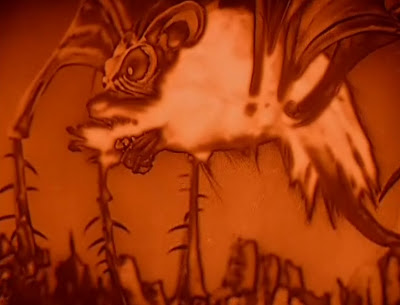 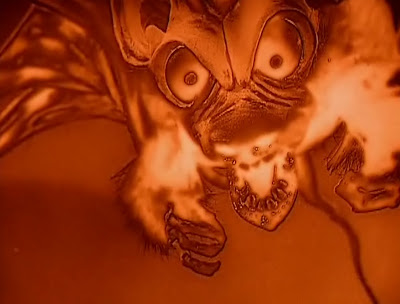 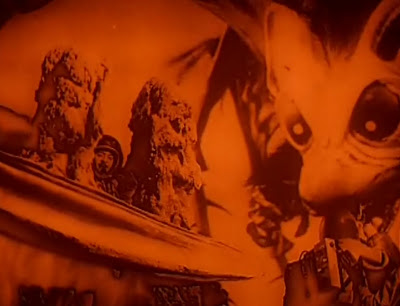