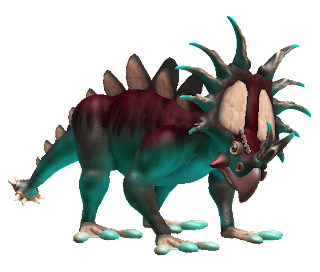 Straxes are 40' long, 12' high beasts with horned frills and snouts, bony plates, and spiked tails.  They hop across the contaminated plains feeding on grasses and shrubs, but they also use their long, sticky tongues to snag hanging fruit...or the occasional live morsel.

By making a springing leap, a strax can Charge or Trample [as per p. 57-58 of the Mutant Future Core Rules].  And any target hit by its 30' long tongue can be dragged into the beak for a free bite attack at 1d20 damage.  Man-sized or smaller targets are automatically Swallowed [p. 58] on a To Hit roll of 19-20, taking 2d10 damage per round until freed (or digested). 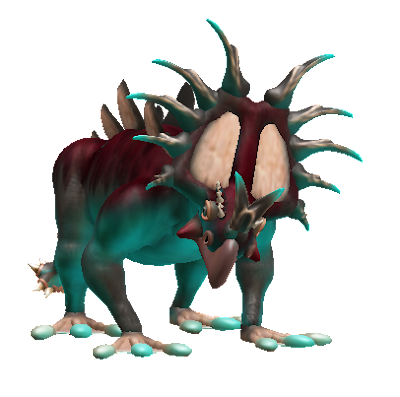 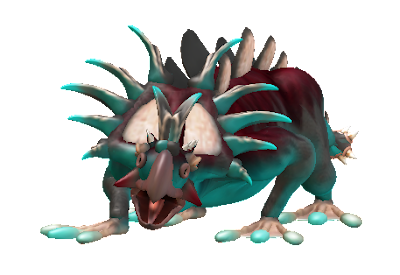