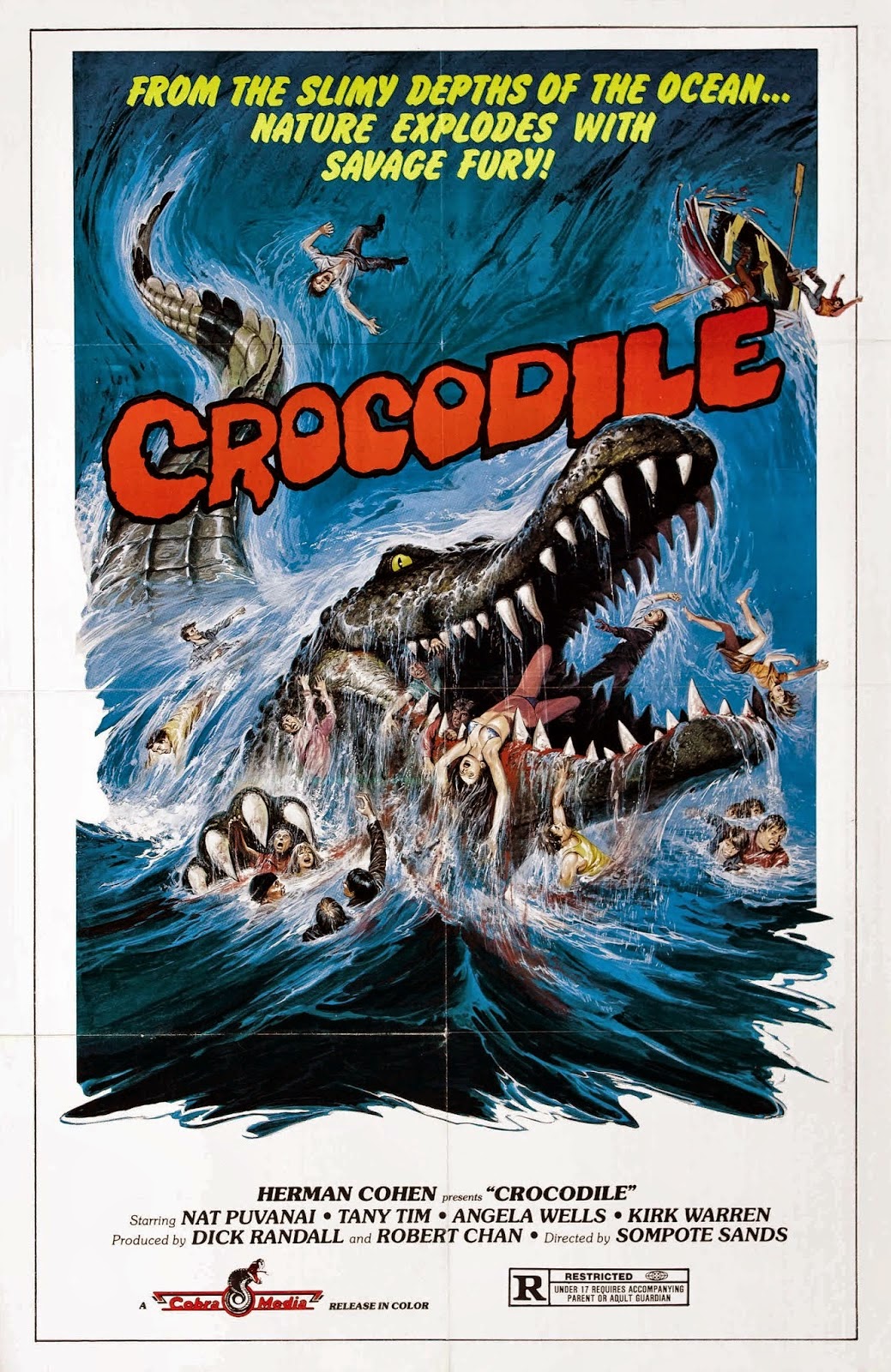 
The Ancients were plagued by the numerous irradiated beasts unleashed by nuclear contamination of the waters of the world, and eventually defeated them all...

...BUT THEY WERE WOEFULLY UNPREPARED FOR A CREATURE THAT CONTROLLED THE DEVASTATING POWERS OF THE WATERS THEMSELVES!!!

A terrible atomic mutation of the standard giant crocodile [p. 68, Mutant Future Core Rules], tlalocodiles possess not only the physical might of their cousins, but also the psychic control over vast volumes of water.  The beasts generate whirlpools, tidal waves, and floods capable of leveling coastal villages, uprooting trees, and sinking mighty ships.  Tlalocodiles can even exert fine control over water pressure so as to crush those floating within it.

A list of tlalocodile attacks follows, but since so many effects are broad and environmental in nature, Mutant Lords should modify / hand-wave specifics [particularly in regards to "board control"] as they see fit.


)  Bite:  affects all victims in a 15' line; swallows on a roll of natural 17-20.
)  Tailslap:  affects all victims in a 20' long, 50' wide arc, and sends them flying 50' or more (perhaps requiring a Saving Throw Vs Stun or an Ability Check Vs DEX to avoid additional damage).
)  Hydrokinesis—Waves:  does automatic 3d6 damage per round to any and all targets (including buildings, vehicles, trees, artifacts, etc.) within a 500' radius of beast; moves living things and loose objects to any locale in same radius as dictated by creature.
)  Hydrokinesis—Whirlpools:  can create 1d3 50' diameter vortices within a 500' radius of beast; each does automatic 5d6 damage per round to any victims trapped within; may drag them to bottom of body of water for outright drowning.
)  Hydrokinesis—Mega-Bends:  all targets within a 30' radius of beast must make a Saving Throw Vs. Death, or suffer explosive decompression, dying instantly in a gout of gore; can be used every 4 rounds.

Like some other giant animal mutants, tlalocodiles can freakishly alter their sizes, becoming as large as trees or small enough to stealthily navigate tributaries and beaches.

Tlalocodiles only attack and feed every 3 days.  The lulls in between make perfect times to mobilize against them. 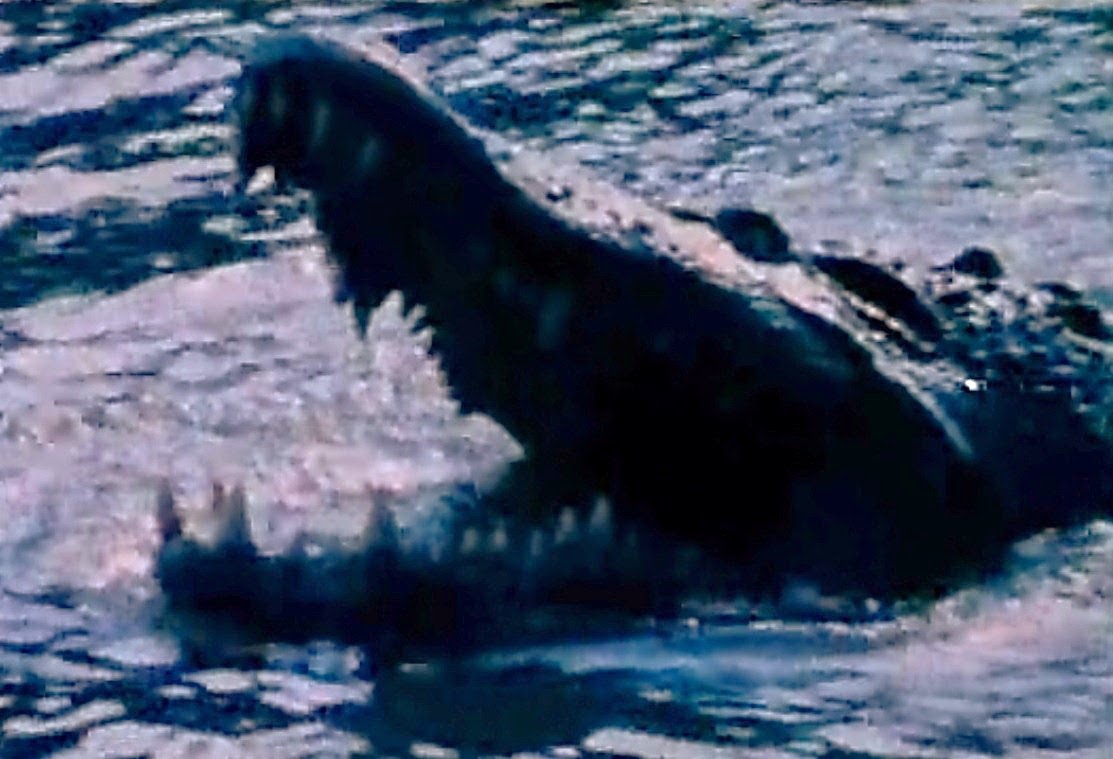