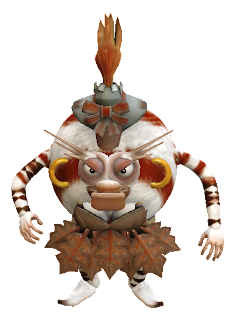 Equipment
)  Vehicle / mount of choice (always something massive and intimidating)

Big Debbie is one of the burliest, surliest, orneriest, thorneriest Cremefillians in the Mutant Future.  She's over 7' tall and just as wide, and dwarfs her fellow donks.  And her atypical icing coloration makes her stand out even more.

In fact, she hates pretty much everything, except brutality, carnage, destruction, mayhem, agony, and your usual assorted violences.  And that attitude makes her one of the most useful and employable "specialists" around.  You need a bounty hunted, or a leg broken, or a bar bounced, or a pit fought, or a body guarded?  Or just want someone crushed into paste on general principle?  Big Debbie is your gal.

Big Debbie is a skilled rider of beastly mounts, and quite adept at driving Ancient vehicles that fit her girth.  Like monster-trucks.  And tanks.

Seriously, don't mess with Big Debbie.  She will wreck you. 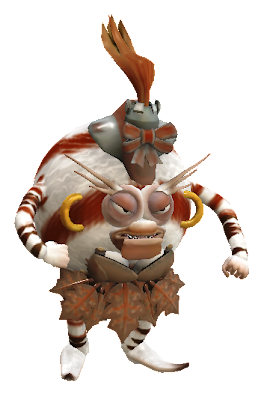 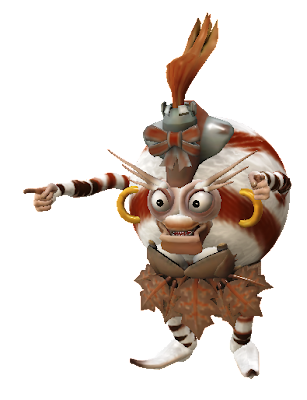 Not-The-Designer's Notes:  This short-tempered, spherical psychopath is based on Andy Hopp's Cremefillians, from his Low Life cosmology.