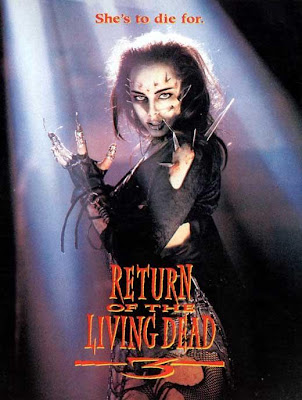 The Ancients spared no effort or expense in researching ways to contain Trioxin-created zombie outbreaks, and cryonic weaponry seemed the perfect method to dispatch the living dead...

...BUT LITTLE DID THEY REALIZE THAT THEIR FAILSAFE WOULD SPECTACULARLY FAIL...AND BE ANYTHING BUT SAFE!!! 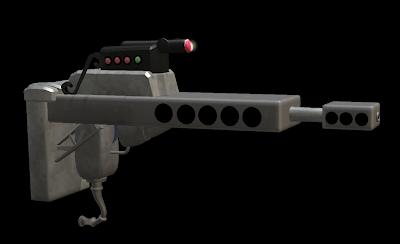 A brainfreezer is a propellant-powered rifle that fires "paratic infusion"¹ projectiles that (theoretically) render braindead ghouls inert through cryonic statis.  A laser sight adorns the top of the weapon, and a pressurized canister trails from the back.  It's quite cumbersome and bulky (resulting in a default -2 To Hit modifier), and generally requires two people to operate: one to aim and shoot, and the other to load / reload and keep the hoses attached and untangled. 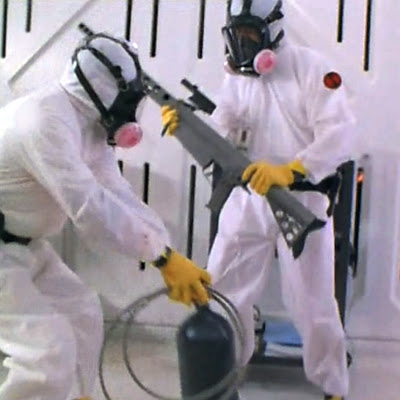 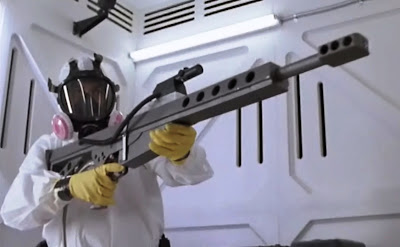 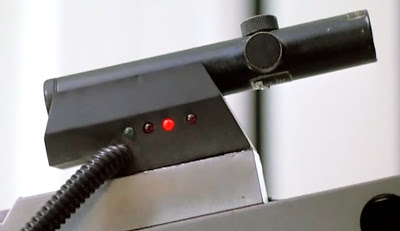 And speaking of loading, a brainfreezer holds only one paratic projectile at a time, and once fired, it takes a full round to reload and seat the ammo (meaning the weapon can only be used every other round).  A series of red-to-green lights synced with escalating tones (beep-Beep-BEEP-BEEEEP!!!) alerts the wielder that the brainfreezer is ready.

The "paratic acid" inside an active, usable projectile glows an icy blue.  The darts come in padded cases that hold up to 20 units, and any given case found in a cache contains 3d6.

Brainfreezers never made it out of the R&D phase, as they were too unwieldy, too slow, and had too many components to be useful in real-time combat.  Furthermore, the holding times of the paratic chemical were wildly erratic; a braindead could stay rigid for anywhere from 30 seconds to 3 minutes (3d6 rounds) before wearing off...allowing the zombies to revive and attack at full combat readiness.  And any shot that WASN'T a headshot knocked 1d4 rounds off the total.

The Mutant Lord should secretly determine the distinct paralysis duration for each and every braindead shot by a brainfreezer.  The minimum holding duration is 3 rounds with a headshot, 2 rounds without.

Any non-braindead struck by a brainfreezer sustains 2d8 cold damage. 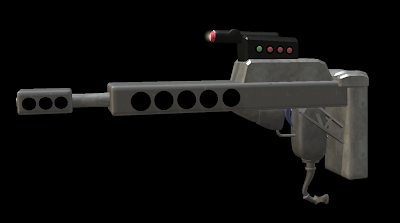 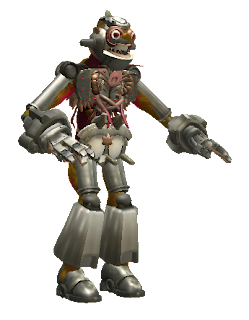 Weaponized braindeads, standard braindeads fitted with metal exoskeletons agonizingly drilled straight into their flesh and bone, were intended as "biochemical weapons driven by meat batteries"².  After the failure of the brainfreezer technology, the frames were deemed viable alternatives to control the brain-craving undead via hydraulic "lock / unlock" levers and oral restraints. Weaponized braindeads could be airlifted into enemy territory, activated and unleashed, and then rendered immobile after slaughtering all they encountered.

A mechanized braindead's manual "on / off switch" is located on its backside, and anyone attempting to manipulate it (to either setting) must make a successful Ability Check Vs STR due to general difficulty of use and rust / corrosion.  And a freed weaponized braindead won't passively stand by for deactivation...and they have the tendency to rip out their mouth-guards....

Thanks to their exoskeleons, weaponized braindeads are frightfully strong, and able to bend bars, break doors, and shatter barricades—not to mention puny humans!—with ease. Furthermore, they can still function even if their fleshy components take significant damage; a weaponized braindead still attacks until reduced to -10 HP.

Weaponized braindeads are identical to the standard variety in all other respects. 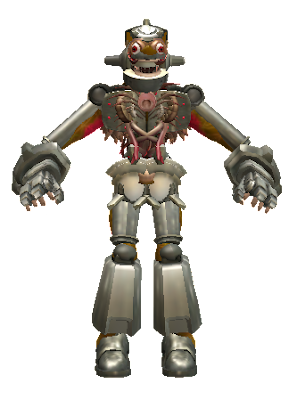 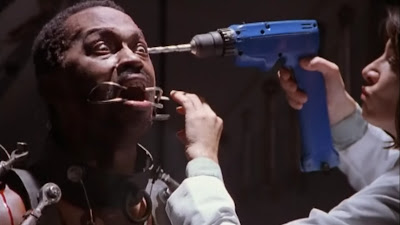 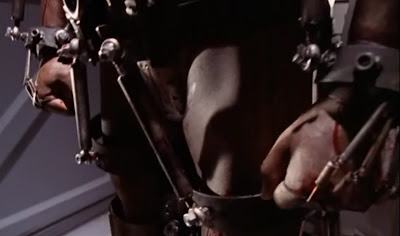 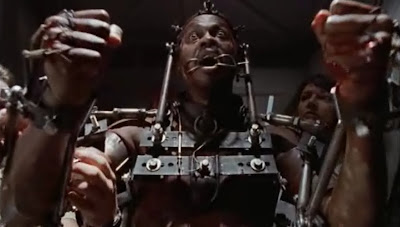 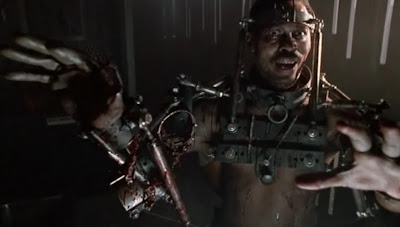 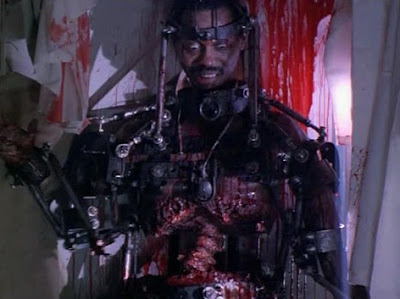 1,2:  Dialogue from Return Of The Living Dead 3