Welcome To The Jungle. Meet... The Rust Rhino

Fire In The Jungle, that is! 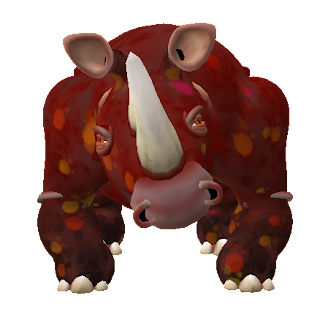 
The metallic rust rhinos roam the blasted plains of the Mutant Future, resembling nothing less than living incarnations of the corroded vehicular hulks that dot the landscape.  They forage for scrub grasses and toxic plants considered inedible by most herbivores.

Tormented by the agonies of oxidation, rust rhinos Charge and Trample with frenzied aggression.  They consequently gain +3 To Hit with all attacks [bringing their Trample bonus to +7!], and a +3 bonus to Morale checks.  They suffer double damage from liquid-based attacks, and flee immediately when assaulted in such a manner.

A rust rhino's pocked and pitted hide can be fashioned into makeshift armor of AC 3, but it deteriorates quickly, lasting only 1d8+2 combat encounters. 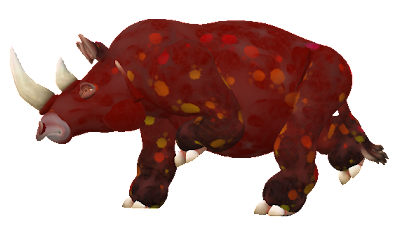 Not-The-Designer's Notes:  Name and base stats by Dustin Brandt, as seen in his Fire In The Jungle supplement.  Download it today...or, even better, buy a print copy!