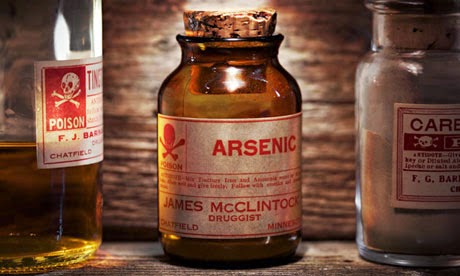 Our impending future overrun by super-mutants grows ever closer, as scientists just discovered a population in the Andes Mountains that has acclimated to high concentrations of environmental arsenic.  This is the first documented instance of human adaptation to a toxic substance.

The village's drinking water contains around 20 times more arsenic than what is considered safe.  Apparently, the residents metabolize arsenic not only faster than most people, but also convert it into a less deadly form.

Mummies from the region—dating between 4,000 and 7,000 years old—also have high levels of the hazardous metal, indicating the development of the natives' resistance has been a long-term process.

The original journal article is here.