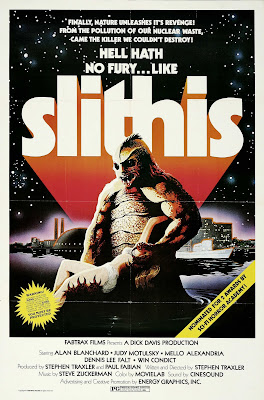 
As the nuclear plants of The Ancients fell to disuse and disrepair, they began to leak radioactivity into the sky, the soil, and the water...

...and not only did the water absorb the powerful atomic energies...

...IT BEGAN TO ABSORB EVERY LIVING THING—ANIMAL, VEGETABLE, AND MINERAL—WITH WHICH IT CAME INTO CONTACT!!!
Slithis is a protoplasmic "organic mud" found downstream from Ancient nuclear power plants.  It is both organic and inorganic, and emits slight Class 1 radioactivity.  (Prolonged, long-term exposure, however, causes tumors, deformations, and even death.) 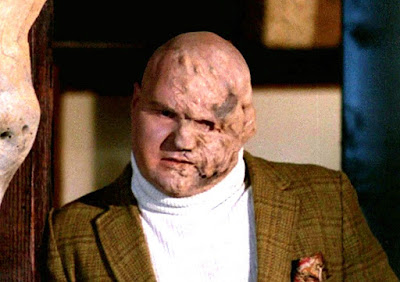 Pools of slithis are passive hazards much like tarpits...but those that fall into their depths not only drown, but are also absorbed and assimilated upon death.  Bacteria, algae, animals, humanoids:  all are incorporated into the slithis...and the slithis then takes on its victims' characteristics!

When a slithis pool has absorbed 25 HD of living things, the goo coalesces into a monstrous, ambulatory, carnivorous...thing.  All manner of mutants can arise from slithis [meaning the Mutant Lord can use it as a default, all-purpose monster maker], but the most typical result is an amphibious humanoid with an overpowering hunger for flesh and blood.... 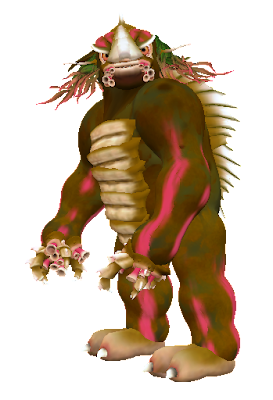 
Spawns of the slithis are doughy, lumbering beasts that stalk waterways, sewers, and Ancient ports.  They arise from pools of slithis, but migrate away in search of live prey.
Spawns of the slithis devour anything they catch, but relish mammalian viscera most of all.  If a spawn of the slithis successfully strikes with both claws in the same round, it savages its victim's abdomen for 2d8+4 damage.  Once tearing into the innards, the creature fixates on feasting (doing only automatic 2d8+4 biting damage each round), and ignores all other incoming attacks.  Only when the prey item is dead will the spawn of the slithis move on to other foes.
The creatures regenerate rapidly when submerged; in fact, the worst way to dispose of a vanquished spawn of the slithis is to dump it back into the waters from whence it came...!
Mutations:  Aberrant Form (Gills and Lungs), Pain Insensitivity [D], Regenerative Capability (Modified) 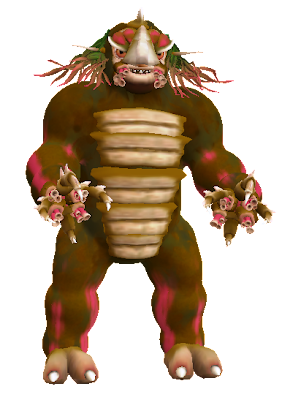 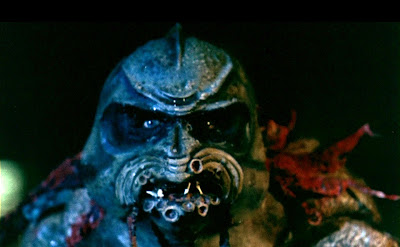 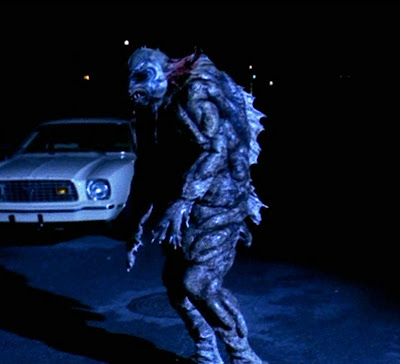 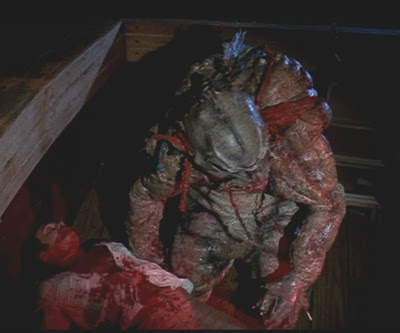 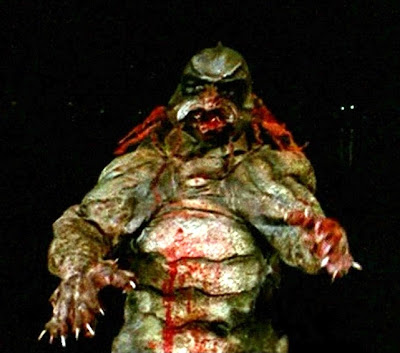 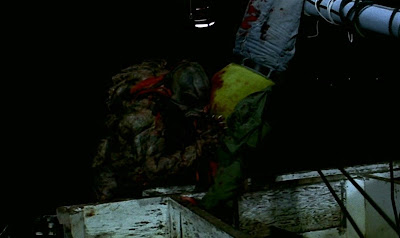 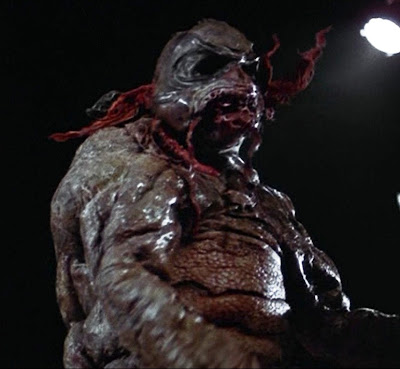