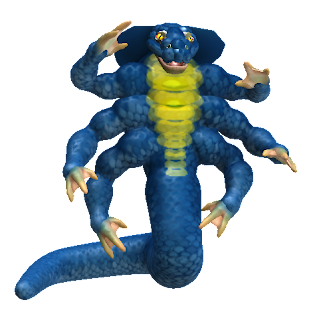 
Menarls are massive, 30' long serpentoids that favor aquatic environs.  Each possesses 2d6+4 burly, 3' long arms ending in dexterous hands.  Though highly aggressive, they are relatively friendly to Pure and Mutant Humans, and often work in their employ as mercenaries or guards.

Menarls can attack multiple targets each round, striking any and all targets adjacent to any part of their elongated bodies.  They favor low-tech weapons (clubs, spears, etc.), but can be trained in the use of Ancient armaments and artifacts.  Menarls' immense strength grants +3d6 damage with melee weapons.

Menarls prey on waterfowl, and go into a frenzy when encountering any type of avian...including Mutant Animals.  They ignore Morale in this crazed state, and attack until all birds in sight are dead.

Despite being seemingly related (which both races vehemently deny), menarls and manacondas are bitter enemies. 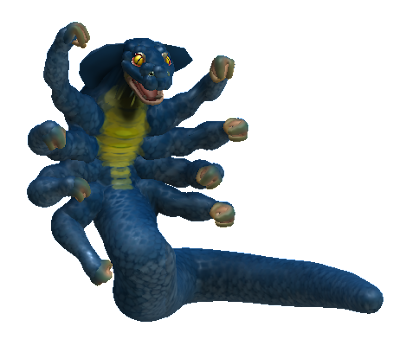 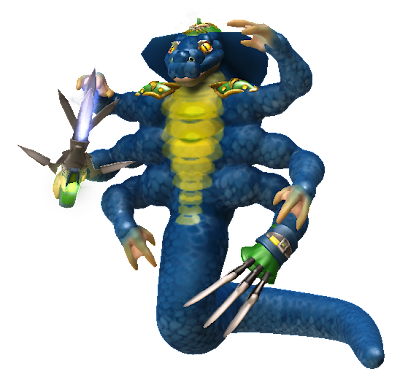 Not-The-Designer's Notes Addendum:  The Menarl may just be the most illustrated of all Gamma World monsters.  Illustration by Larry Elmore from the 2e set.  The subsequent versions were by Newton Ewell or Mark Nelson (4e), Monte M. Moore (5e), and Claudio Pozas (6e).