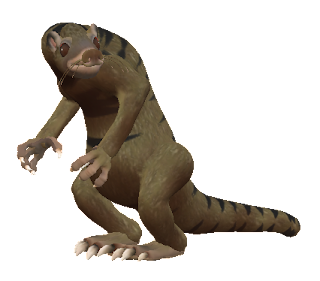 
The lithe, lean mongoons are 4' tall, twitchy mammalians with penchants for cruel humor, kleptomania, inappropriate groping, and binge drinking.  They are known far and wide as "the bastards of the Mutant Future".
While they always congregate in gangs, mongoons seem to hate each other as much as (if not more so) as everyone despises their kind.  They require a strong leader (either a larger mongoon with more Hit Dice, or a more powerful sentient being) to guide them; otherwise, mongoon troops invariably turn to infighting and bloodshed.  Mongoon Force Screens get more use amongst themselves than against other foes.
Despite their glaring personality faults, mongoons make excellent henchmen, legbreakers, and assorted riffraff.  They excel at physical combat, and gain a +3 to all hand-to-hand To Hit rolls from raw speed, agility, and seemingly impossible maneuvers (which they've obnoxiously nicknamed "Goon-Fu").
A mongoon's skin is highly sensitive to Ancient-made chemicals, so they suffer an extra +1 per die of damage from sprays, gases, drugs, and/or toxins of an inorganic nature.
Mutations:  Epidermal Sensitivity [D], Force Screen, Negative Empathy [D], Quickness 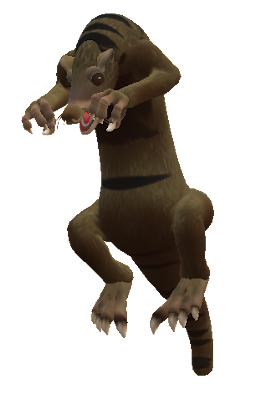 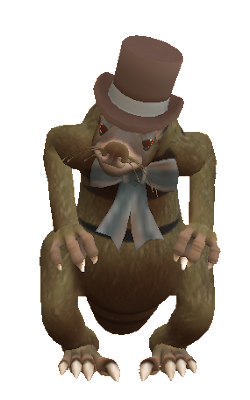