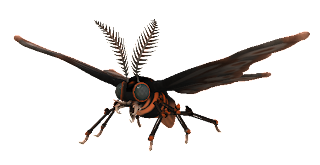 
The fearless blaashes are 3' long insects with 6'-8' wingspans.  When attacking, they glow brightly, and emanate intense Class 9 radiation in a 20' radius.  Anyone caught within a blaash's area of effect must make a Saving Throw Versus Radiation each and every round.

Upon making a kill, a blaash immediately falls atop it and eats voraciously.  It will cease its predations only if attacked, or if its food is threatened. 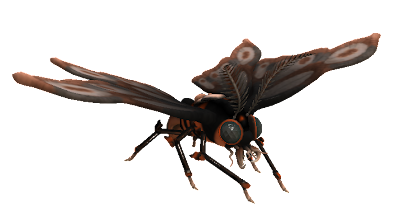 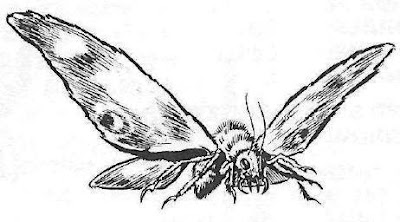