Upon the sudden forced landing of the world's most advanced "laser communications satellite", all of the power sources on earth failed as one:  "steam, water, electricity, combustion engines...everything."¹  Even faucets and watches stopped.  Madmen ranted that this heralded the arrival of a savior from the stars...

...but the being that hitched a ride aboard the satellite offered not salvation to the Human Race...

An entire Mutant Future setting can be designed around an apocalyptic incursion by Zontar, the last of a race of parasitic Venusian beings that drove the weaker species of its homeworld to extinction.  Zontar possesses the awesome power to selectively "de-energize" the technologies of a planet and render all but the most primitive devices useless.

Zontar transmitted messages across space to select human beings, lulling them with promises of peace and harmony and a Bright New Future for the peoples of Earth.  These "prophets" facilitated Zontar's successful landing and seclusion, giving it time and opportunity to "de-energize" the world, sending Earth back to the Stone Age practically overnight.  Zontar then systematically enslaved the best and brightest while letting the panicked, rioting masses exhaust themselves...and when humanity was at its weakest, Zontar struck.  It activated select armaments and vehicles for its armies of brain-slaves and conscripts, and marched them across the globe.  Earth was Zontar's!

The PCs and their communities are the last vestiges of free humanity, pitting their sticks and stones against the crushing technological might of Zontar's hordes! 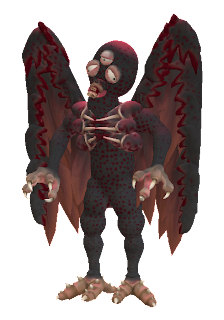 
Hailing from Venus, Zontar is a hideous, 7' tall being with 3 drooping eyes, diseased skin, expansive wings, and grasping claws.  It favors deep, dark, humid cavern complexes in which to make its lair.  Zontar seemingly feeds upon the bio-electrical energies of its slaves [see below].

Possessing a genius-level grasp of scientific and technological principles, Zontar lives for conquest, but bills itself as a savior intent on ending war and strife.  Communicating through "hyperspace hypnotism" that traverses tens of thousands of miles, it persuades the gullible and weak-willed to join its cause, while concurrently brain-enslaving political, military, and scientific elites via its injectopods [see below].  This army of thralls does Zontar's bidding without question, and shields it from harm...

...although Zontar rarely requires such protections, as it's completely immune to damage from all conventional melee weapons, firearms, and explosives.  Only a beam from a ruby rifle [see below]—which is somehow immune to the invader's energy-depleting powers—can kill Zontar outright!

Because of its proxies, Zontar rarely engages in direct combat...but when forced, it attacks with claws and swarming injectopods.  If Zontar successfully strikes with both claws in the same round, the target must immediately make a Saving Throw Versus Death, with failure resulting in its immediate demise from a crushed skull.

Zontar has never been observed flying, despite its wings.  Perhaps this is due to the lack of maneuverability in its subterranean domain, or a consequence of Earth's increased gravity. [Mutant Lords should determine their own Flight movement rate, if desired.]

As no technology or weaponry has ever been discovered in Zontar's former lairs, how the being managed to—and continues to—"de-energize" the entire planet is a mystery.  Zontar can negate all power sources within a 50 mile radius of its person, but also selectively activate weapons, timepieces, vehicles, plumbing, etc. of its choosing. 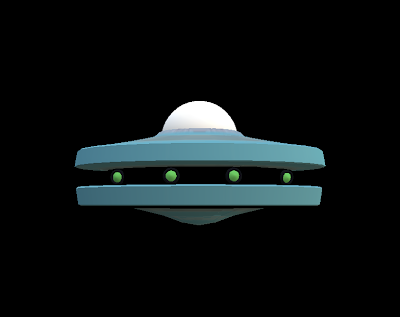 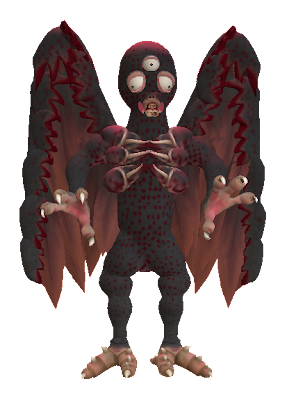 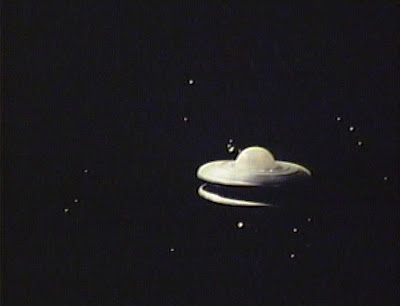 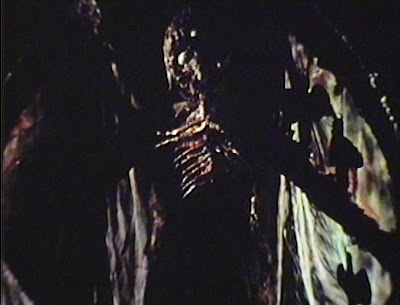 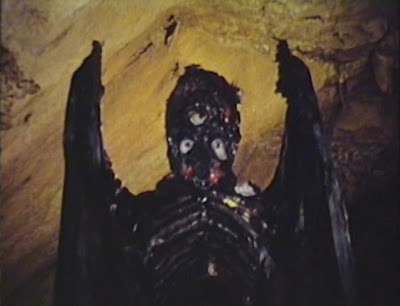 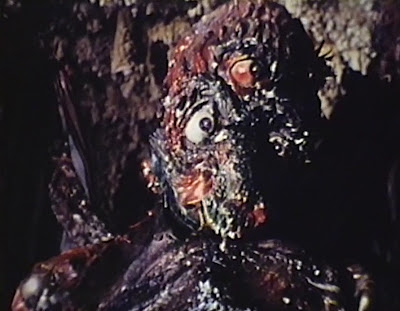 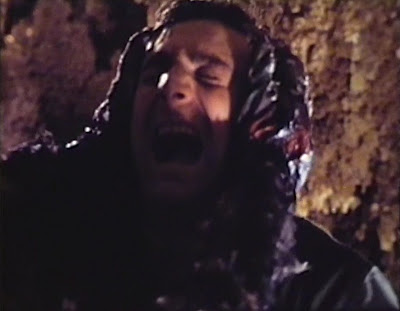 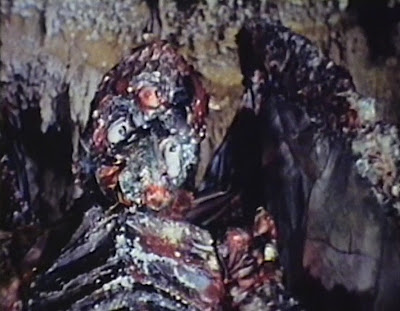 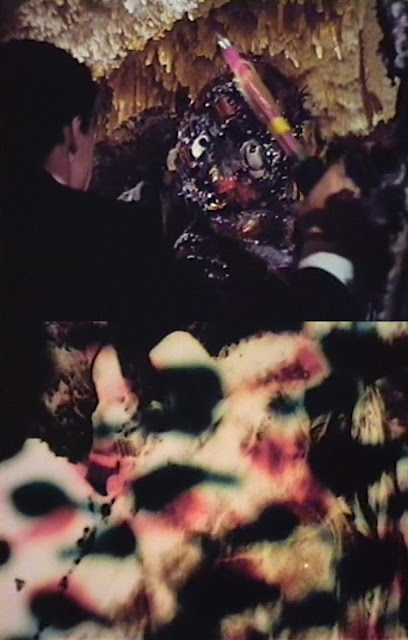 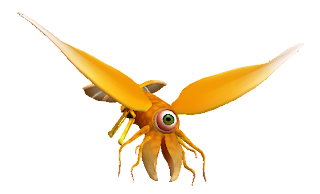 
Injectopods are 2' long, agile, winged crustaceans spawned from the body of Zontar itself. They grow on Zontar's frame in groups of 8, and separate from its mass on command.  It takes Zontar 12 hours to grow a cluster of 8 injectopods.

Upon a successful bite attack, an injectopod implants a wiry nodule that transfers part of Zontar's "electro-biological essence" into the victim.  Anyone thus bitten must defend against a Mental Attack as if from a WIL 20, with failure meaning they "become a living extension of Zontar"² under the being's total mental domination.  All of the subject's knowledge, experience, and memories are accessible to Zontar.  After injection, the corresponding injectopod withers and dies (much like a bee losing its stinger).  Zontar can telepathically direct its injectopods and its thralls at seemingly boundless range.

Determining if a subject is a Zontar-thrall, and/or noticing an implanted injectopod nodule, requires a successful Ability Check Versus Intelligence with a +2 penalty.

Only a skilled surgeon can remove an implanted node...and even then, the host must make an Ability Check Versus WIL or perish from the psychic trauma. 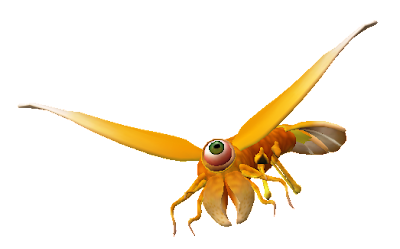 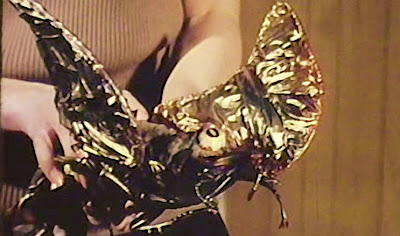 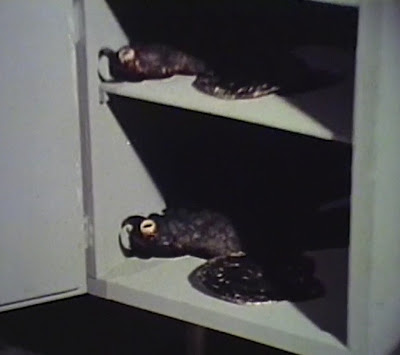 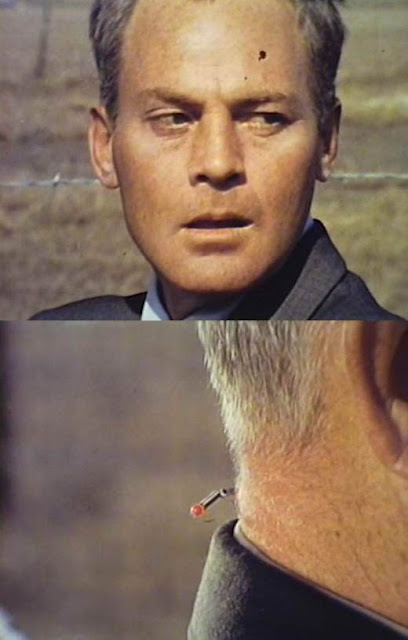 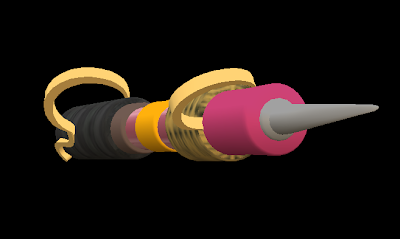 The 2-handed weapons known as ruby rifles are "beam guns...powered by plutonium ruby crystals"³.  With their 2' long, cylindrical, wire-wrapped shapes and needle-like tips, they resemble spears more than firearms.  Each weighs 2 lbs.

When found, a ruby rifle has 2d6 shots remaining, each doing 9d8 damage at a normal range of 150 ft and maximum range of 300 ft.  A Venusian dies instantly from a single hit.  The discharge from a ruby rifle bathes the battlefield and combatants in a kaleidoscopic swirl of red and green luminescence.

As rare as ruby rifles are, their "plutonium ruby crystals" are amongst the most priceless relics in the entire Mutant Future.  Reloading a ruby rifle with fresh crystals supplies it with a full 50 shots. 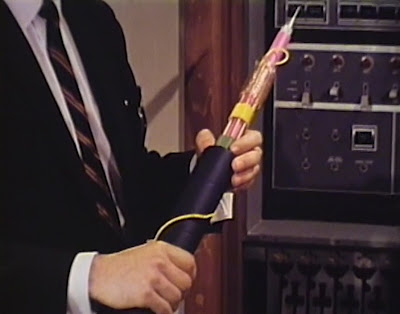 1-3:  Zontar, The Thing From Venus dialogue

Designer's Notes:  As this film was an authorized made-for-TV remake of It Conquered The World (1956), no official poster exists (necessitating use of the DVD cover).