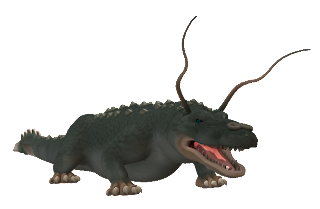 
One of the most common swampland denizens in the Wasted State Of Wrexus, gatorrs are 3'-6' long, ornery crocodilians with pairs of 3' long tentacles jutting from their foreheads. These tentacles Paralyze [per p. 58 of the Mutant Future Core Rules] on contact (as if from a Mental Attack from a WIL score of 10+1d8), and they can strike 2 different targets per round.

Though solitary by nature, gatorrs congregate in groups of 10d6 in the springtime to spawn. 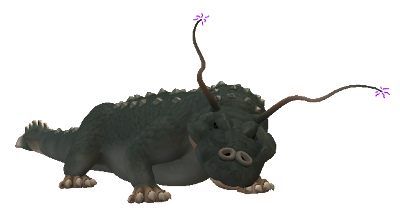 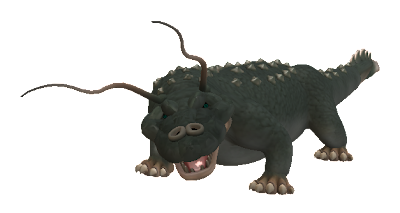 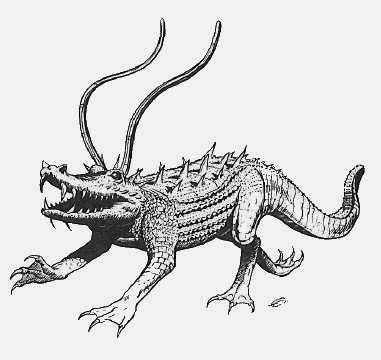 Not-The-Designer's Notes Addendum:  I had to stat these guys up, because my...shall we say, "ambitious"...13-year-old player decided to blow all his loot on "a really cool pet", and, well, he picked a mutant alligator sold by a sketchy meat vendor in a particularly scummy side of Gunspoint.

This is NOT gonna end well.