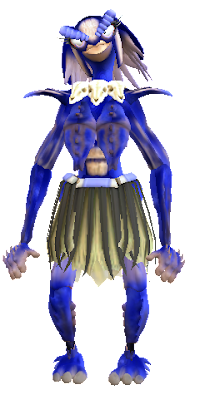 No. Enc.:  1d6 (3d12)
Alignment:  Chaotic
Movement:  60' (20')
—Swim:  150' (50')
Armor Class:  2
Hit Dice:  7+2
Attacks:  2 or 1 (2 fists, or melee weapon)
Damage:  2d4 / 2d4 (or by melee weapon +3d6)
Save:  L7
Morale:  11
Hoard Class:  VII, XIV, XV, XXII
XP:  2,500
Brigands, pirates, slavers, and conquerors:  all describe the dread race of aquatic female barbarians known as the Clamazons.   Rightly feared both below and above the waves of the Mutant Future, they are renowned for their immense physical strength, mighty combat prowess, cunning savagery, nautical aptitude, and insatiable base appetites.  They stand between 5'-6' tall, and are covered in thick, shell-like exoskeletons (meaning they suffer only 1/4 damage from standard melee weapons and conventional firearms).  Each individual Clamazon has a unique ridged carapace that frames their heads, with more elaborate growths indicating higher status within the clan.
A rather primitive people, Clamazons use tridents, spears, clubs, axes, nets, and the like; however, some enterprising chieftains use Ancient armaments, which are often modified to work underwater.
As Clamazons are exclusively female, they raid shore-side and undersea settlements for more than wealth—they also kidnap male Pure Humans, Mutant Humans, and humanoid Mutant Animals for mating.  Clamazons bind their captives with special coral-based helmets so the prisoners survive the journey to undersea grotto "nurseries".  Mating between Clamazon and male creates a brood-clutch of 2d10 eggs.  Once the captives have fulfilled their reproductive purposes, the Clamazons use them for slave labor, sell them to other slavers, ransom them back...or kill them as food.
Clamazons die if they remain outside of salt water for more than an hour. 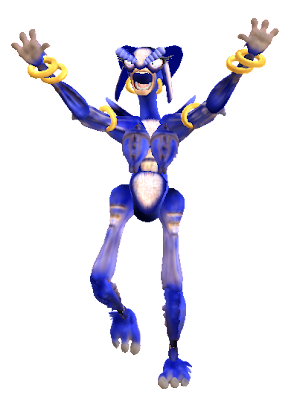 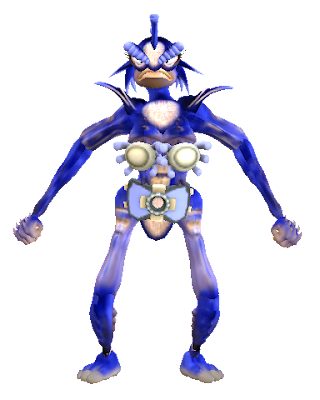