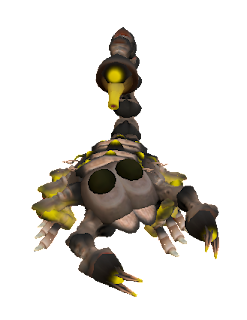 
Blacktops are not only larger and faster than ordinary giant scorpions [p. 93 of the Mutant Future Core Rules], but they're also meaner and more devious.  They possess black carapaces ridged with light-reflective lumps and bands, and wicked pincers that can shear through stone.
While blacktops are carnivorous, they primarily feed on the shattered fragments of Ancient roadways.  A group can greedily destroy a stretch of road a mile long in mere hours, making them the bane of traders, travelers, and Restorationists.
A blacktop's unique digestive system converts the Ancient tar, gravel, and cement into a viscous, black substance.  This steaming liquid can be sprayed up to 50', and causes Class 3 poison damage; furthermore, a failed Saving Throw Versus Poison means the target is both Blinded and Paralyzed for 2d4 rounds.
Mutations:  Toxic Weapon ("Asphalt Spray") 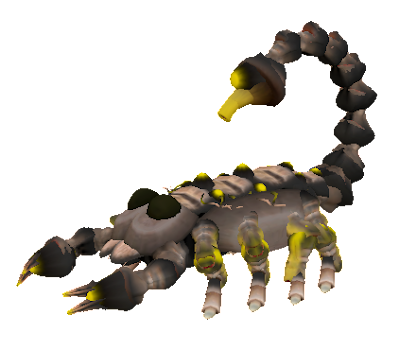 "What Happens At GenCon, Stays At GenCon." (GenCon Report, Pt 1)

So said my weary, bleary wife a full two days after the show officially ended.

But in direct violation of her wise words, some things you just gotta share.  Here's some random commentary and assorted annecdotes.

I'm a lifelong convention-goer.  I've been to monster magazine revivals.  And Godzilla fests.  And horror movie weekends.  And too many funnybook faires to count.  And, naturally, gaming conventions.

I'm a veteran, and have it down to a science.  So I will never, Never, NEVER understand the people—like, say, my good friend and hotel roommate who makes the trip to Indy every year, but purposely picks will-call—that endure the lines instead of pre-registering.  I totally understand that the best laid plans go awry, but...sheesh.  The Wednesday havoc was the worst I've ever seen (and it seems to be worsening at an exponential rate, as I remember just a few years ago when you could walk right up with zero wait), and the lines wrapped from the registration area all the way back to the old dealer region.  Use yer Intertubes, people.

One of my dream campaigns involves just two words:  "Monster Cops".  I really don't have anything else nailed down (other than, maybe, calling it "Claw & Order"), but in my head, it's Sledge Hammer! and  The Good Guys and Funkadelic Frankenstein On The Mean Streets Of Monstertown and Screamland all thrown in the blender.

It wouldn't be all Big Summer Blockbuster-y like Men In Black or Hellboy, though; it'd be pretty low key.  There'd be a gruff gill-man commanding officer who swigs Pepto-Dismal for his ulcers and has it leak out of his gills as he rants at the PCs.  There'd be the hassles faced by Animal Control during the annual "Spawning Of The CHUDS".  They'd be the fetching medusa officer forced to go undercover as a callgirl to stop the Full-Moon Killer...who maybe, just maybe, might be a human. 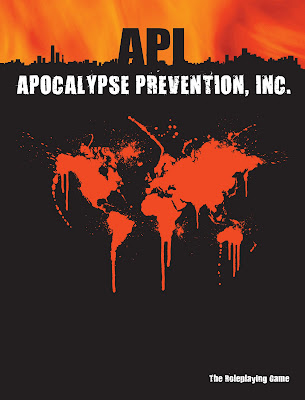 Given that I clearly love "Monster Cops" (whatever it means), I've been dying to play Third Eye Games' Apocalypse Prevention, Inc. (which the writer himself actually described as "Men In Black meets Hellboy") since I picked it up at last year's show.

The Wife and I signed up for the Thursday event, and the scenario involved us PCs stopping an interdimensional, underwater race war.  We blundered our way through some interrogations, sloppily found some evidence, blustered our way beneath the waves to an army-occupied aqua-tropolis, and brazenly lied through our monster teeth to get NPC A to Secure Location B.  The final scene was said NPC being escorted away in a van on land while, in the background, the ocean exploded with giant tentacles and magical warps and crumbling submerged cities and thousands of dead sea-demons.

We didn't engage in combat the entire session.

That said, we clearly "won", and had a great time doing it.  But the players were a little befuddled...and the GM was even moreso.  He'd run the same scenario a total of 8 times in playtest and at Origins, and those sessions always ended in high NPC body counts, with some TPKs thrown in.  And no person there had ever seen a convention game without combat of some sort.

We just bantered and bluffed and skill-checked our way through everything, and most of the action ultimately happened around us, not to us.

At that point, I realized this is what we'd accomplished: 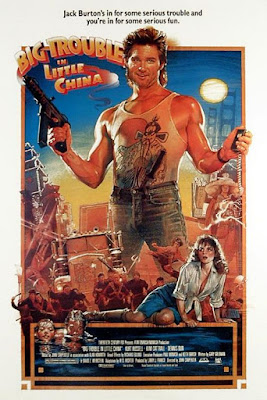