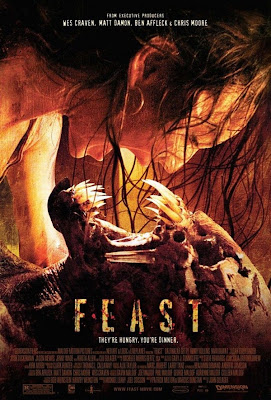 The Ancients worried incessantly about overpopulation, and the ability to support and sustain the hungering masses...

...but, literally overnight, a new species arose that eliminated all of humanity's concerns for its own behaviors...

...FOR THESE FEROCIOUS ORGANISMS NOT ONLY LAID WASTE TO PLANET EARTH BY OUT-EATING MANKIND, BUT ALSO BY OUT-BREEDING IT!!!

An entire Mutant Future setting can be designed around an apocalyptic invasion by ferocious humanoids with rapacious desires for living flesh and sexual congress.  The skull-faced monstrosities appeared out of nowhere in isolated, rural towns across the globe, and spread outward to the big cities.  No one knows if they came from deep within the earth, or descended from the stars, or breached the dimensional barriers of Time and Space themselves!

These ghastly beasts proved not only nigh-impossible to kill, but they reproduced at an exponential rate...with gestation taking mere seconds!!!  And even more horrifying, they could seemingly reproduce with any warm-blooded mammal unlucky enough to fall into their loathsome clutches...!!!

The ragtag remnants of The Ancients fled to secured bunkers and outposts, living in perpetual fear of death...or worse.  And now their descendants—the Player Characters—are ready to reclaim the despoiled planet for their own...but what horrors await them?!!! 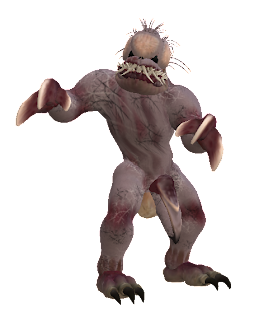 
Very little is known about the nightmarish humanoids dubbed carnalvores.  They seemingly materialize out of thin air on the outskirts of isolated outposts or villages, and strike with such suddenness, speed, and ferocity that they Surprise anyone they encounter on a roll of 1-5 on 1d6, and gain +3 to all Initiative rolls. These rampages can take place at any time, in any weather or environ.

During their initial onslaughts, carnalvores appear as hulking blurs of shaggy fur, bony horns, and savage claws, and their unholy visages instill a -3 penalty to all Morale Rolls.  Heads lowered, they frequently Charge their foes and barricades, and then close in for biting and bloodshed.  It soon becomes apparent, however, that the carnalvores are swathed in animal hides and skulls adorned with extra horns or antlers...and 1d6+3 rounds into combat, the creatures cast off their garb (losing their gore attack), revealing something even more horrible:  their true forms, those of man-sized bipeds with needle-like fangs jutting from rictal maws, near-hairless pink skin stretched tight over bulging, rippling muscles, and engorged, over-sized genitalia.   Anyone observing a carnalvore disrobing must make a Saving Throw Versus Stun or an Ability Check Versus WIL (whichever is more advantageous for the victim), or become Paralyzed from abject shock for 1d4 rounds.

Carnalvores are engines of destruction [hence their atypically high damage output], and they can obliterate—and devour—a victim in mere seconds...but they also have another form of attack that destroys much more slowly, but no less insidiously.  Carnalvores disgorge (even when wearing their skull-helms) a noxious, slug-ridden, neon-green slime that covers everything in a cone 20' long and 10' wide at its farthest point.  Those coated by the vomit must make a Saving Throw Versus Death at a -2 penalty, with failure indicating the contraction of an unknown rotting disease that completely liquefies the victim within 6d4 hours.  Initial symptoms include:  hemorrhaging, rashes and pustules, hair loss, and wriggling subcutaneous worms.  At the final stages, the skin sloughs, limbs break off, and gallons of effluvia leak from every orifice.  The victim is conscious and wracked with pain during  the entire process, and death only occurs when the victim's head collapses in on itself like a mouldering pumpkin.  Killing those suffering from a carnalvore's "rot-vomit" is regarded as one of the most merciful acts in the Mutant Future.

Carnalvores aren't mindless brutes.  When dealing with victims holed-up in a defensible locale, the creatures plan and coordinate, launching overt attacks at the front entrances while their fellows claw through rooftops, side walls, and/or basements.  They may use heavy objects as battering rams and/or shields.  Carnalvores are also excellent climbers, and enter upper floors to catch occupants unawares.

But even more horrendous than their combat prowess is their reproductive behaviors.

Carnalvores are hermaphroditic.  And not only do they breed with their own kind, they can—and do—mate with any other species of domestic-feline-size or larger...and their hyper-potent seed is capable of impregnating females and males alike.  The resultant offspring of such a union fall from their "parent's" largest orifice in a bulbous, rubbery sac 1d6 rounds after conception, and burst forth from a black, gooey placenta...

...as 2' tall infants as speedy and agile as amphetamine-tweaked monkeys.  These carnalings possess AC 1 and 3 HD, and do 1d8 / 1d8 / 1d10 damage.  They also mate with abandon, but can't impregnate a target until they grow to adulthood...a mere 2 hours after delivery.

For non-carnalvores, the act of birthing an infant kills the "host" instantly, with no Saving Throw allowed.  Assault—in every definition of the term—by a carnalvore is a death sentence.

Despite their cunning, carnalvores seemingly have no other goals other than wholesale slaughter, rapacious feeding, and frenzied copulating...and not necessarily in that order.  That said, some carnalvores dress their offspring in furs and skins, indicating they seemingly feel something other than wanton lust and violence.  An invasion by carnalvores can wipe out a planet, as their hyper-reproduction increases their numbers by a geometric factor of 1d6 every hour.

A carnalvore's only weakness is a susceptibility to sustained loud noises (sonic blasts, blaring alarms, continuous explosions, etc).  Such sounds disorient and Paralyze the creatures for 1d4+1 rounds, and sonic attacks do an increased +3 damage per die. 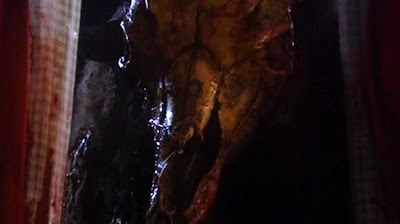 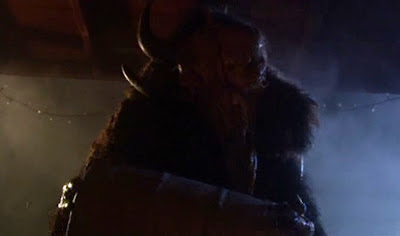 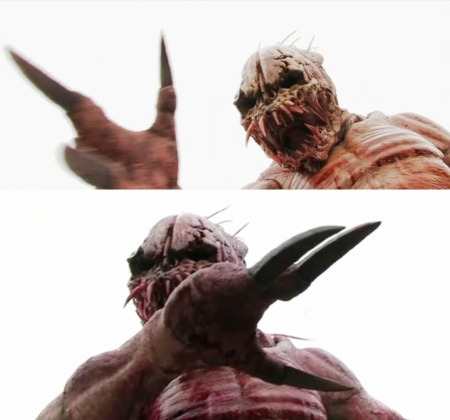 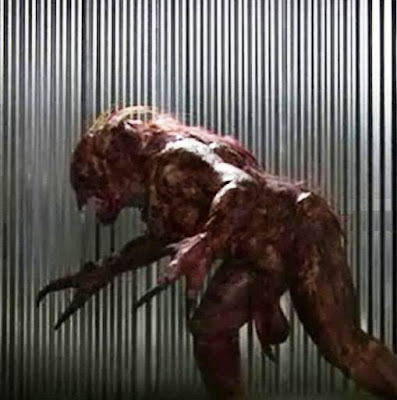 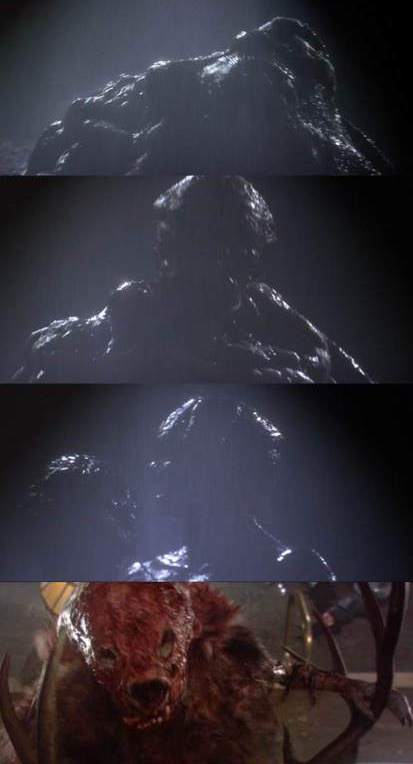 Designer's Notes:  While I used shots and info from Feast II:  Sloppy Seconds (2008) and Feast III:  The Happy Finish (2009) for accuracy and completeness, those lamentable films don't exist in my own personal continuity.