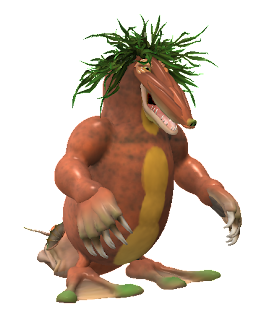 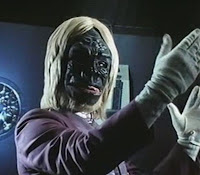 Ahhh, Magnitron...you are indisputably my most amazing creation!!!  You tunnel beneath the earth, unleashing cataclysmic tremors.  You cruise through the oceans, triggering massive tidal waves.  Your fiery breath renders cities unto ash. And your adaptive scales grant resistance to any foolhardy enough to attack you.

Truly, only my genius could combine a catfish and a mole into an instrument of destruction!!! You are a wonder, magnificent Magnitron...and the earthlings are helpless before you!!!

Magnitrons are bizarre, 12' tall bipeds with toothy snouts, green manes, massive claws, and barbel'd, fish-like heads for rumps.  While they usually only get 1 bite per round, magnitrons engage foes in front and behind if surrounded, gaining 4 attacks per round in the process. They are never Surprised, and when ambushing from below ground, Surprise on a 1-4 on 1d6.

A magnitron devastates all in its passing.  Once per hour, it can generate earthquakes (or tidal waves, when waterborne) that last 1d4+1 rounds with effects as per the Earthquake spell [see p. 22 of the Labyrinth Lord Core Rules].  The beast breathes fire, and is immune to its effects.  Furthermore, when a magnitron is attacked by any other form of energy, the first assault does full damage...but the second does half, and all further attacks have no effect whatsoever!

Magnitrons take a perverse joy in carnage and mayhem, and use their abilities to inflict maximum havoc on terrain, structures, and innocents. 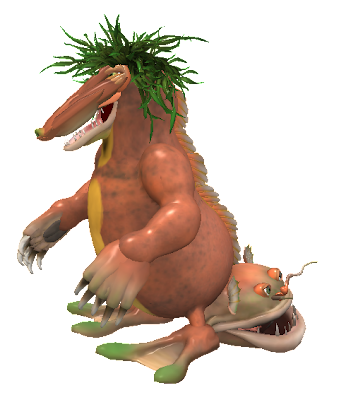 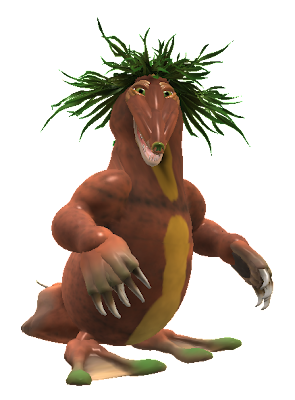 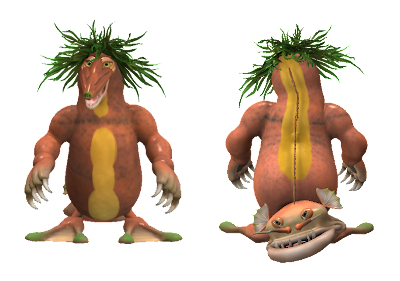 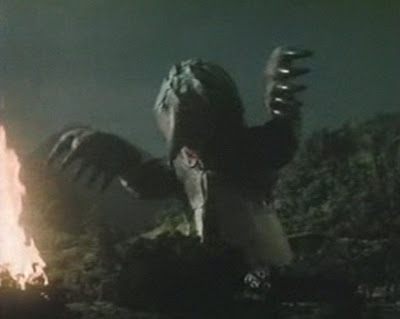 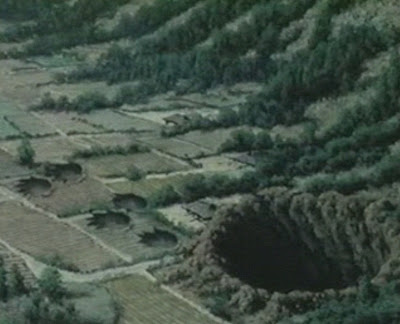 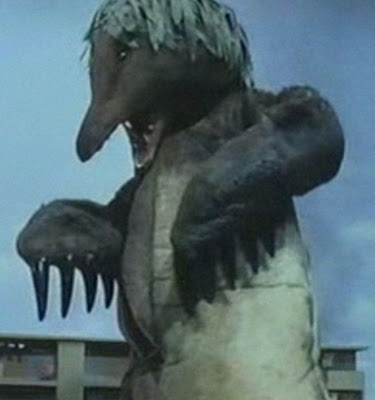 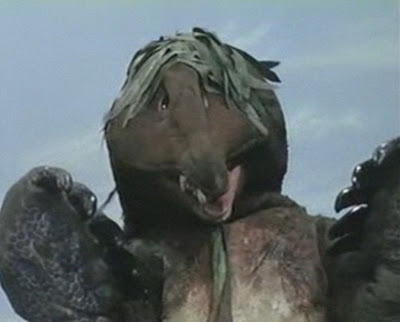 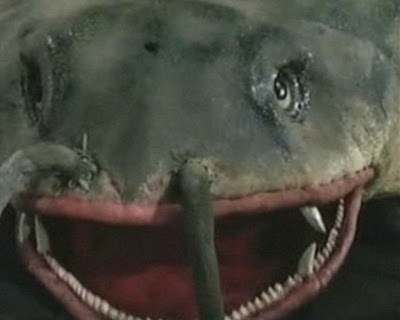 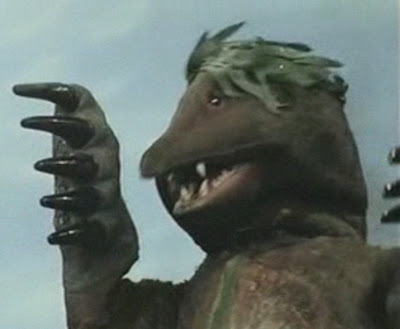 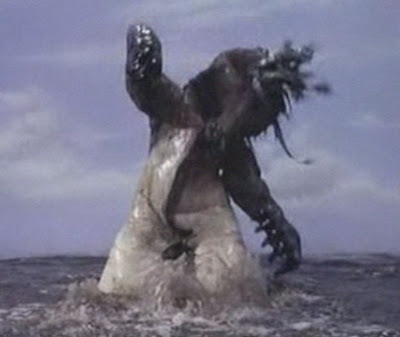 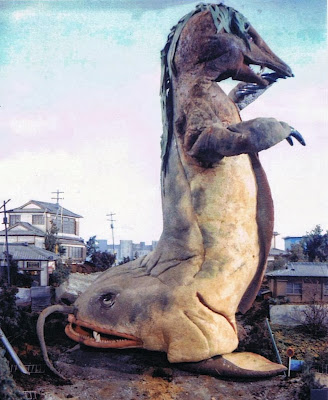 [Magnitron, aka Magnetron in the U.S., aka Mogunetudon in Japan, appears courtesy of Episodes 15-16 from the 1971 TV series, Spectreman.]