Coming Soon To A SyFy Original Near You

We take a break from our regularly scheduled programing to bring you this special report:
As fake as it looks, the "cyclops shark" is apparently a real thing.
(The article also mentions two-headed sharks, krakens, and yetis, so get to readin'!) 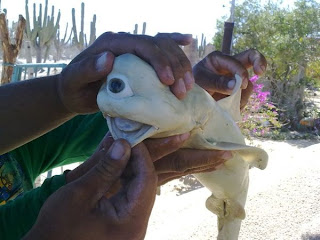 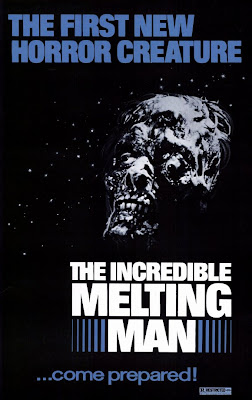 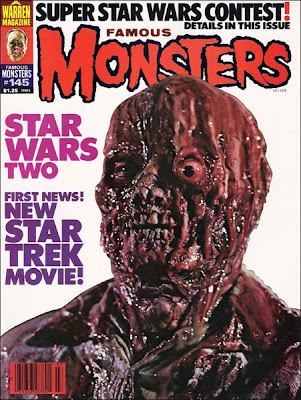 Disease:  Starslime  ("Space Leprosy")
Save Modifier:  -4
Infection Duration:  See Below
Affected Stats:  STR +5, DEX -3, CON +5, INT -2 (per day), CHA -All
Damage Per Day:  See Below
As the Ancients took to the stars, they beheld wonders never before seen by human eyes...
...AND THEY BROUGHT BACK UNIMAGINABLE HORRORS THAT COULD NEVER BE UNSEEN!!!
The disease dubbed starslime is a hideous illness contracted by space travelers who pass through planetary rings during times of intense solar activity.  The eerie combined radiations set off an unstoppable chain reaction of cellular degradation...and the only panacea is the consumption of living humanoid flesh!
An infected subject begins to dissolve at the rate of 2d8 Hit Points per day; however, this damage can be counteracted by devouring a corresponding amount in Hit Points [represented as doing equivalent damage with biting attacks] from Pure Humans or Mutant Humans.
Starslime victims leave slimy residue on anything and everything they touch, and their body parts gradually slough off.  As their appetites rage out of control, their mental faculties fade at a rate of -2 INT per day.  Bizarrely, an infected individual becomes stronger and tougher, and immune to all damage from conventional firearms.  They also emit Class 1 radiation, and can be tracked with Geiger counters.
If still alive at the end of 3 days, the subject begins to take an additional—and cumulative—1d8 damage per day [ex: 5 days of infection = 5d8 damage per day] as the decomposition accelerates.  It takes an ever-increasing amount of raw meat to offset the disease, and eventually becomes impossible to keep up.
The ultimate fate of those poor souls infected with starslime is melting into a sloppy pile of blood-sludge.  The only blessing?  The disease isn't communicable... at least, not yet.... 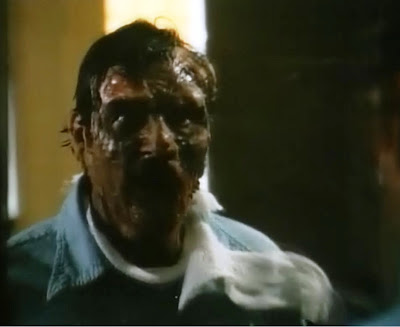 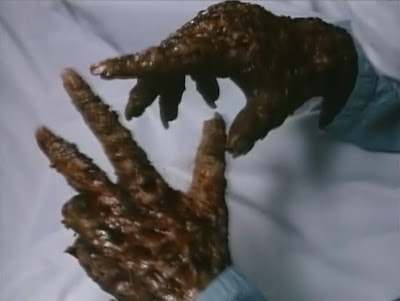 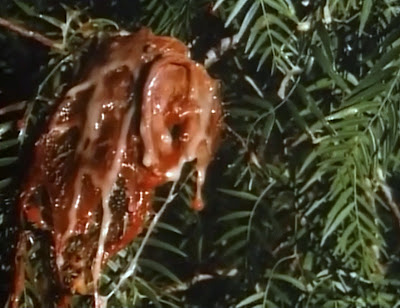 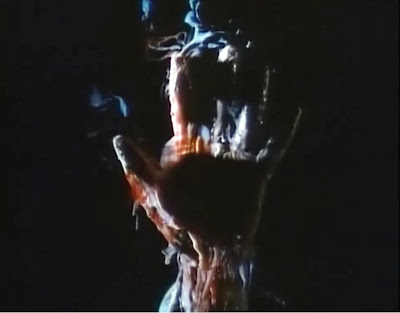 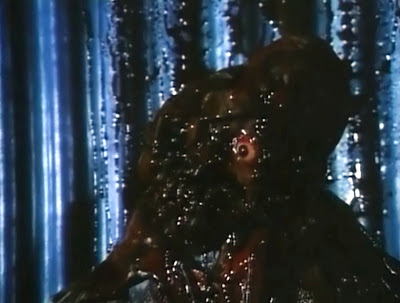 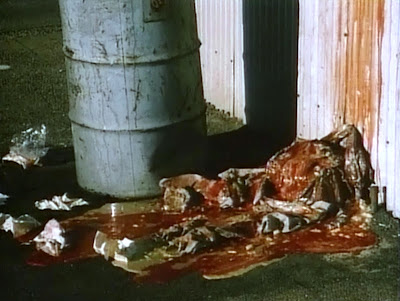 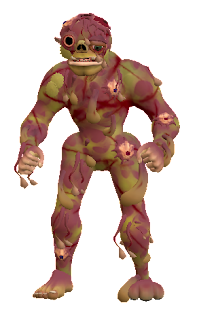 
The abhorrent meltmen are former Pure Humans gripped by starslime infections.  They are primarily encountered in abandoned spaceports, orbiting satellites, and the wreckage of interstellar vehicles.
Meltmen are fearsomely strong, with STR values ranging between 18-21 and the corresponding STR melee damage bonuses.  They are immune to all diseases and poisons, and also to all damage from conventional firearms.  Strangely, losing sensory organs or limbs doesn't impact their effectiveness as predators.
Meltmen have ravenous appetites, and enough feral cunning to patiently stalk their prey.  They often invade settlements under the cover of night to unleash gore-fueled frenzies of destruction.
Mutations:  as per disease 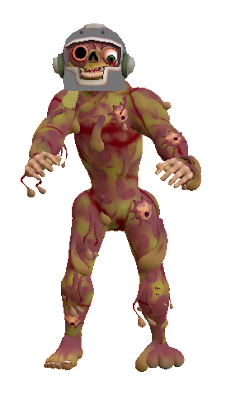 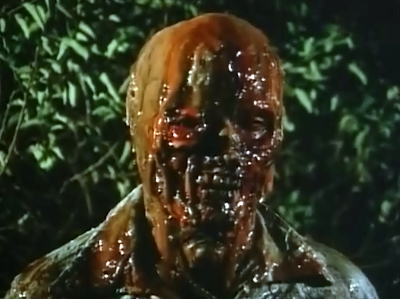 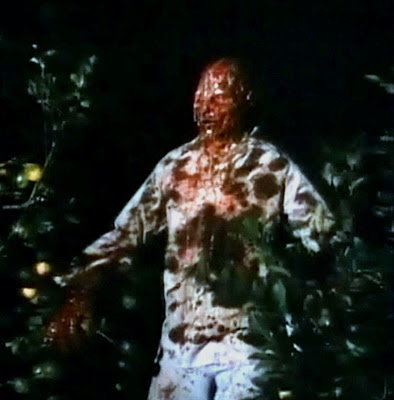 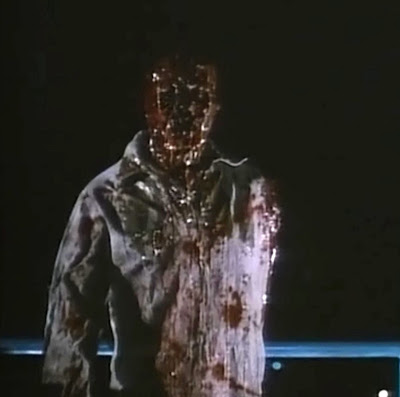