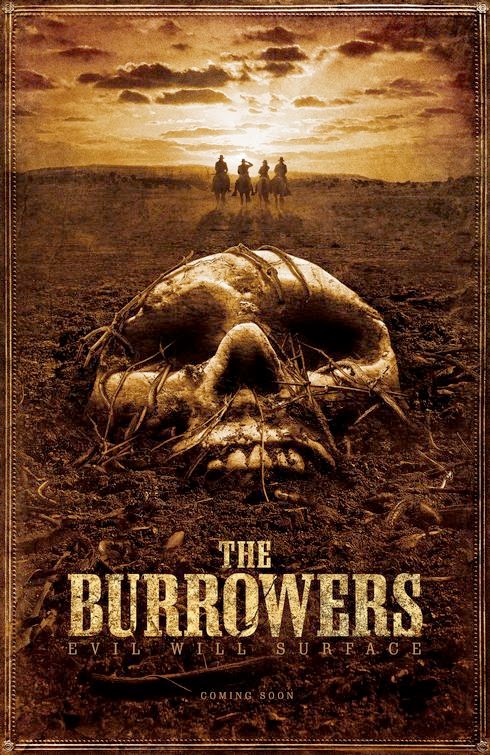 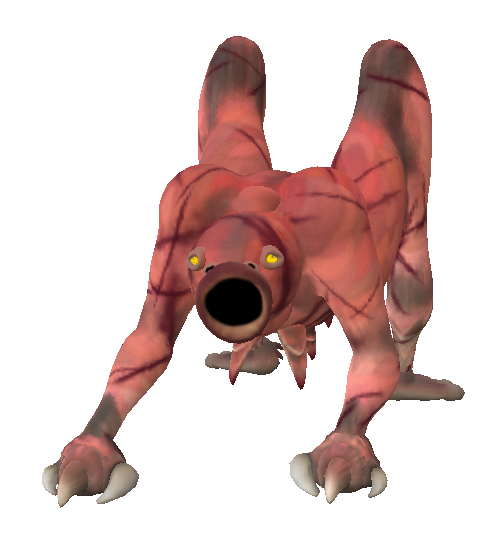 
As The Ancients despoiled the planet and drove herbivorous herd wildlife to extinction, predator species were left starving...

...AND A HERETOFORE UNKNOWN SUBTERRANEAN HUNTER TURNED TO THE ONLY FOOD SOURCE  READILY AVAILABLE:  MAN!!!

Wokapi only surface from the bowels of the earth every "3 generations" (50-60 years) to hunt.  Under the cover of darkness, they stealthily emerge from their burrows and scuttle through the grasslands and savannas, Surprising on a 1-3 on 1d6.

Each attacks with a single whip-like claw-slash (which moves so fast, it gets a +2 To Hit) at their chosen victim's neck.  If any damage is dealt, during the next combat round, the wokapi disgorges a viscous glob of saliva at a range of up to 15' at the wound.  Those struck must make a successful Saving Throw Versus Poison or become instantly paralyzed.  Wokapi drag those rendered immobile away as soon as possible, and bury them about 2' under the dirt...

...where, over the next several long, agonizing months, the victims rot sleeplessly beneath the ground.  Once "softened" enough, the wokapi return to eat their living—and fully conscious!—quarry.

If, by chance, someone does make the Saving Throw Versus Poison, the victim isn't paralyzed...

...but instead comes down with a condition that mimics aggressive leprosy [p. 48 of the Mutant Future Core Rules] that induces symptoms (stat loss, etc.) every three days!  Wokapi let these "infected" escape, and patiently stalk (the creatures can scent those poisoned at a distance of several miles) from afar, waiting for them to keel over.  Such victims are seemingly dead, but actually paralyzed as above, and await the same grisly fates.

Wokapi spittle requires an open wound to enter a victim's bloodstream; its effects don't trigger if touched or ingested.

Wokapi are almost impossible to kill with conventional weapons, as they regenerate 1d10 HP per round from melee weapons.  And wokapi are outright immune to bullets, though persistent gunfire annoys them, and drives them away for 1d4 hours.  While doing no real damage, piercing weapons can immobilize a wokapi, pinning it in place.  Natural sunlight kills the creatures, melting them at a rate of 3d6 HP per round exposed.  Poisons and chemical agents also work as normal.

The wokapi have no use for material goods, and any "treasures" found in their presence are usually still being worn by inhumed victims! 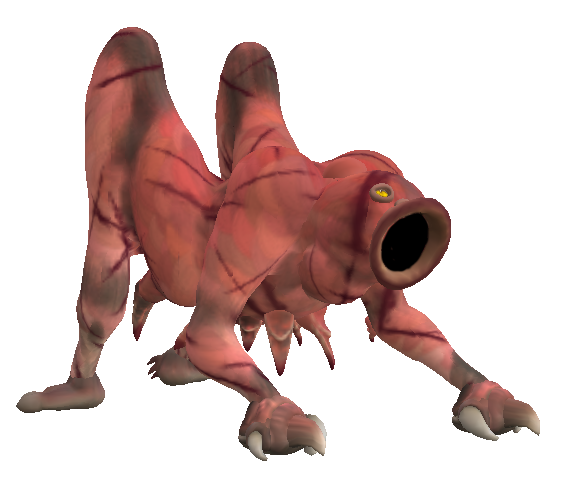 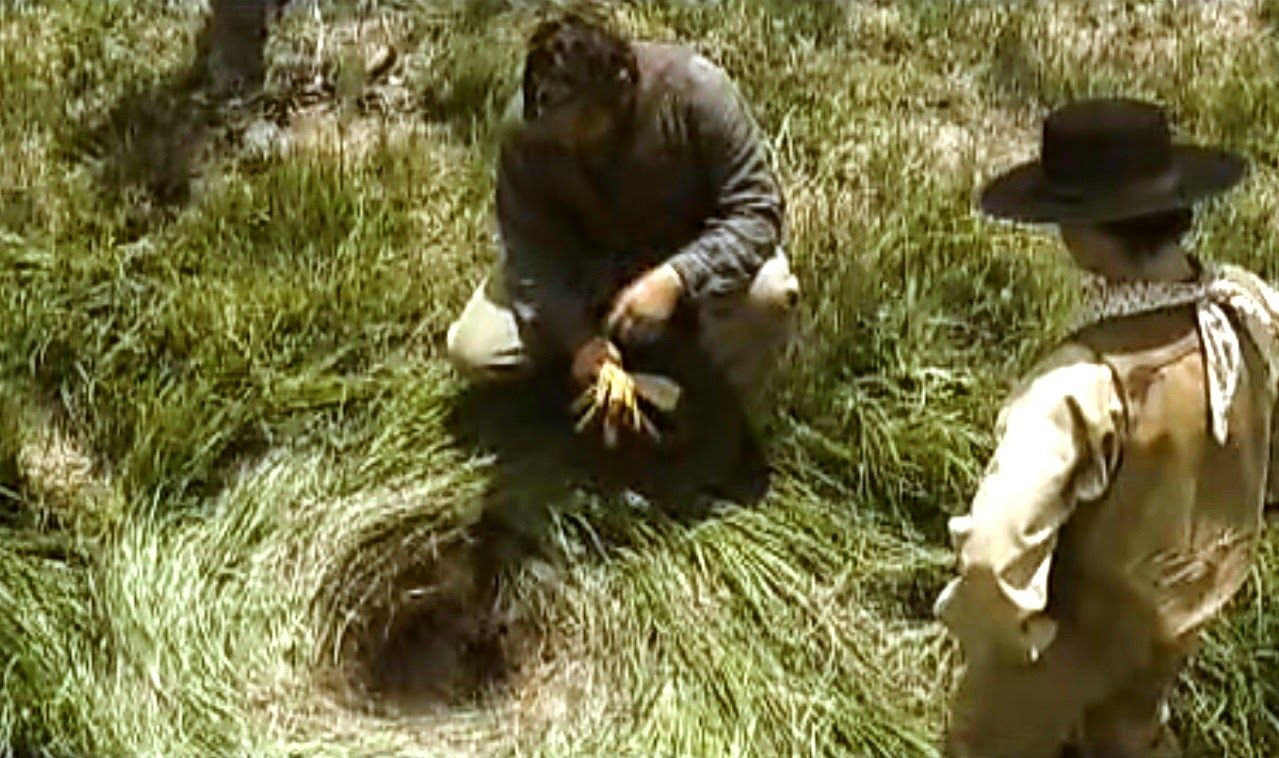 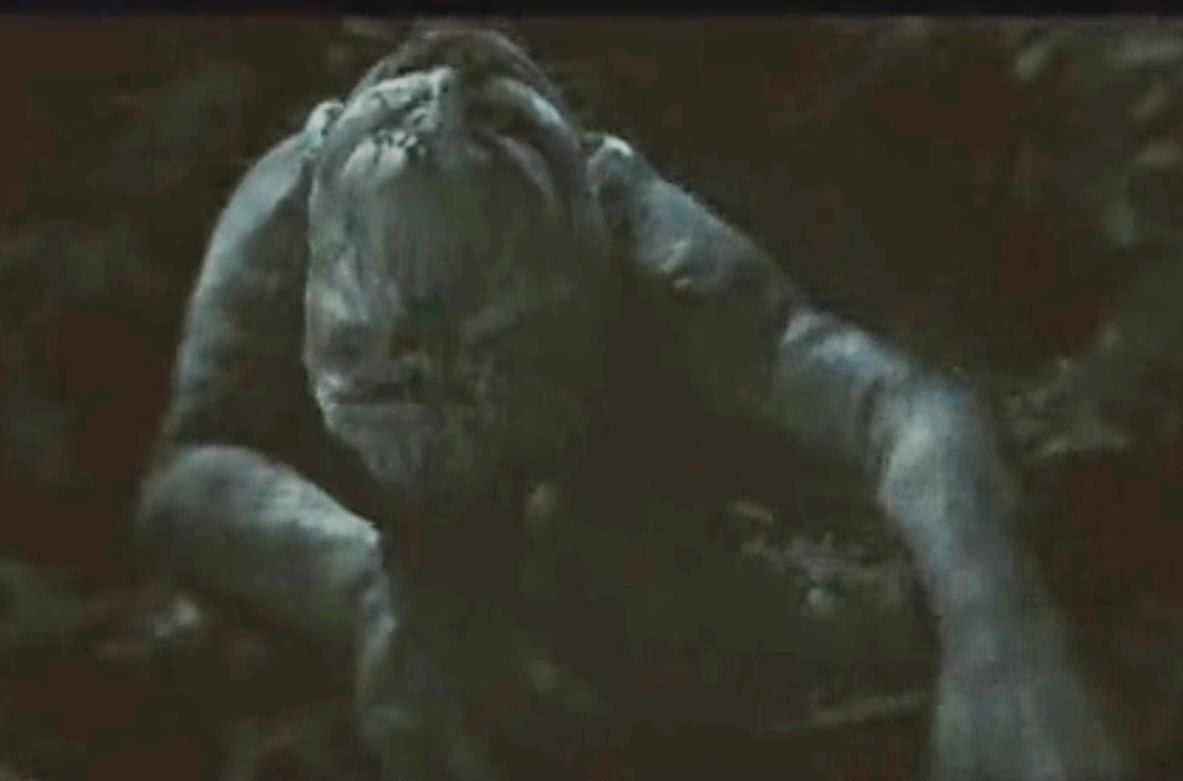 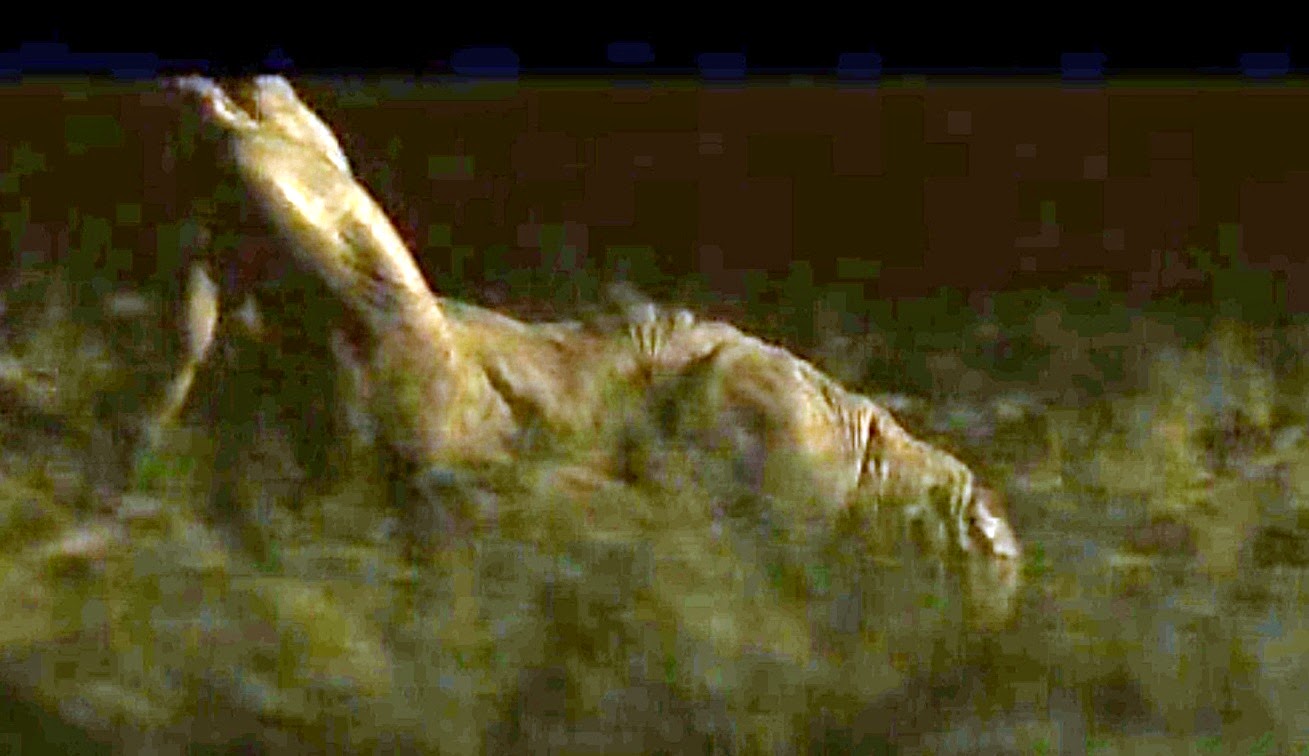 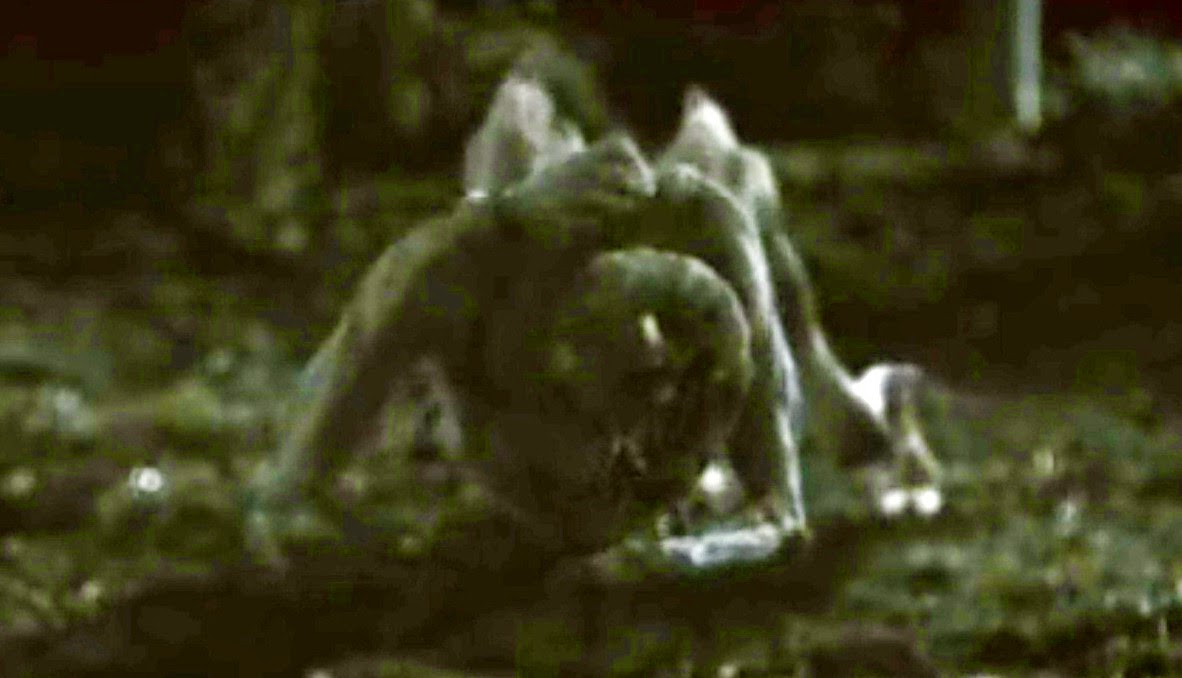 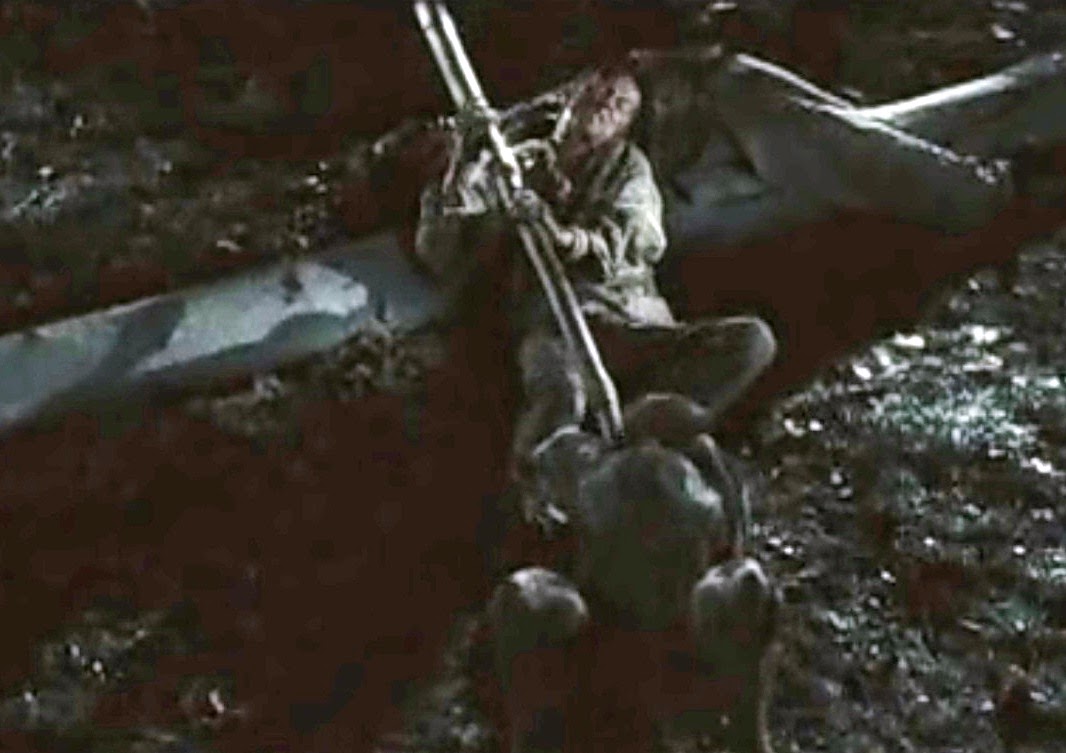 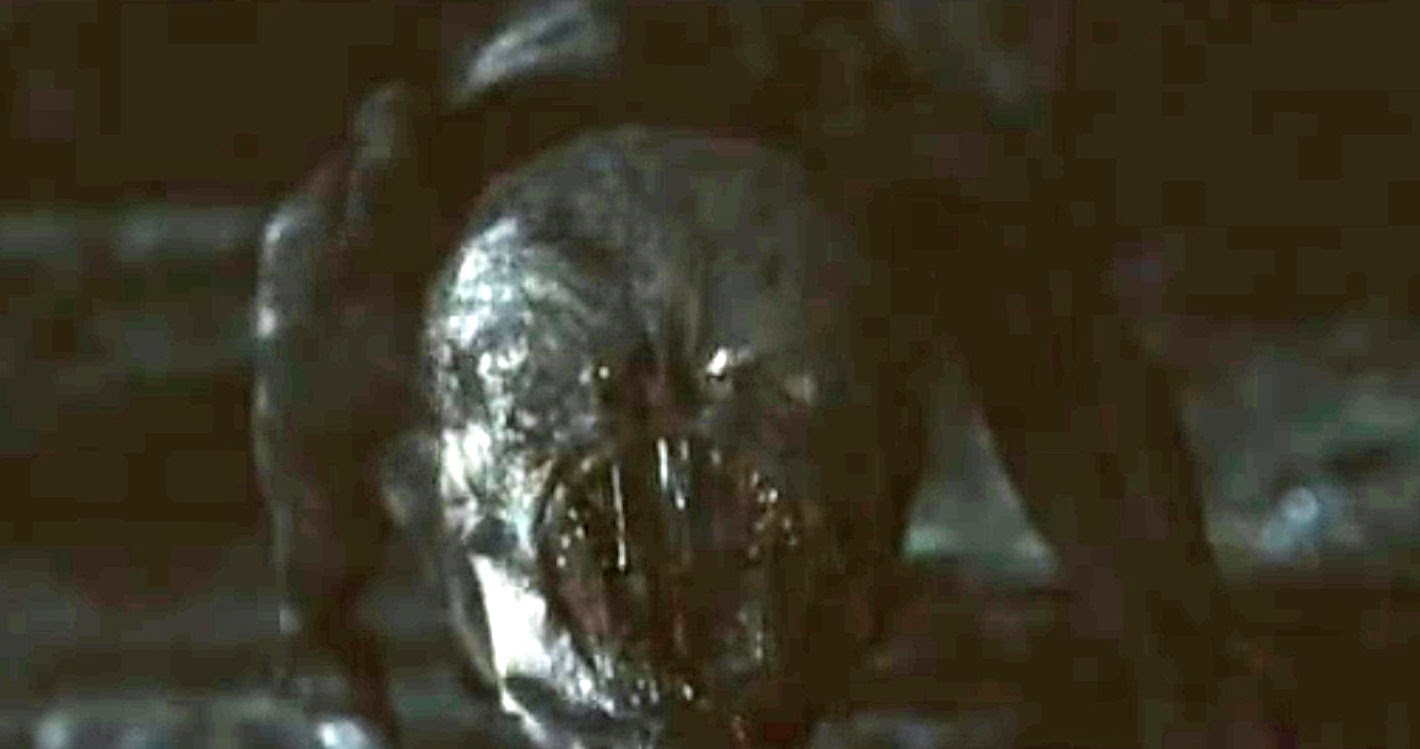 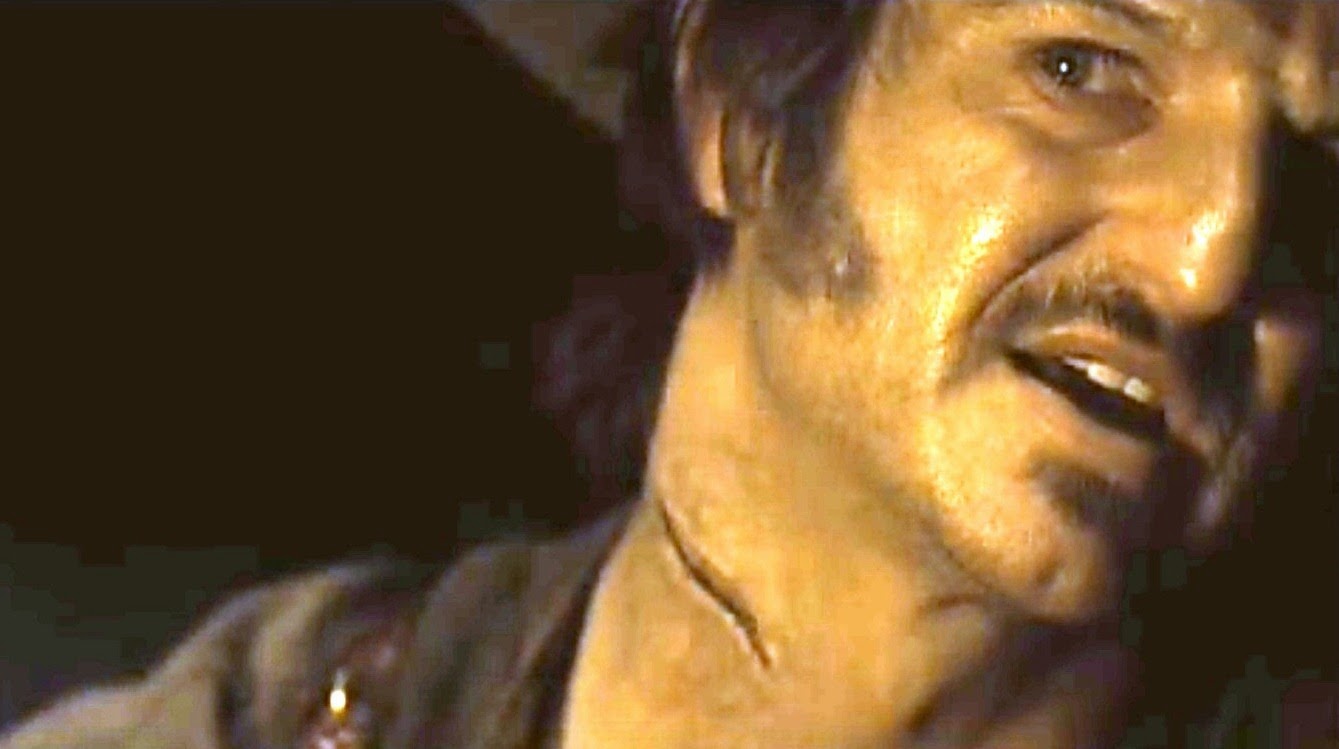