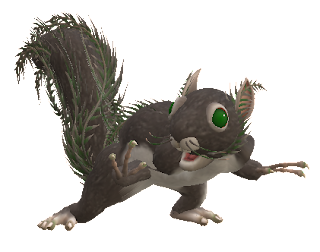 
Churls are 1.5' long, fuzzy rodents with nimble claws adept at manipulating locks, tools, and artifacts.  A lone churl can wield small weapons like a knife or grenade (rolling it, instead of throwing), but groups of 3 or more can operate larger gadgets.  They crave Ancient foodstuffs, so never nest far from ruins or bunkers.
Consumate bullies and cruel beyond measure, churls relish in terrorizing and enslaving isolated communities.  And they use their Precognition to particularly insidious effect, in that they modify and customize their abuses based on the "forseen reactions" of their victims.
The more dastardly their intent and the more demented their scheming, the brighter their eyes glow.
Mutations:  Control Light Waves, Mind Thrust, Precognition 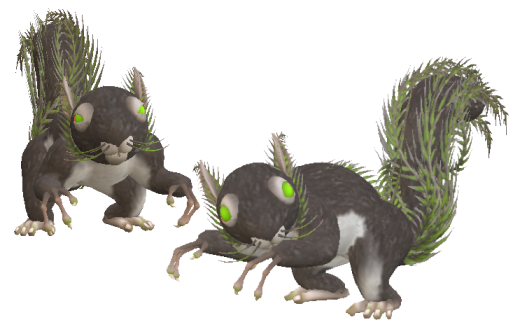