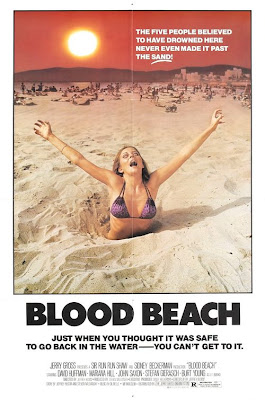 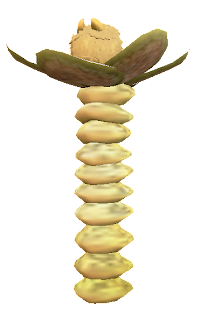 
It's taken centuries for the oceans to recover from the damage inflicted by the The Ancients, and the beaches are once again pristine and alluring...
...BUT CERTAIN DEATH AWAITS THOSE WHO DARE TROD UPON THE SHIFTING, SHIMMERING SHORES!!!

Beachteeth (both singular and plural) are 15'-20' long annelids that dwell beneath coastal sands.  Ambush predators, they lie in wait for unsuspecting prey to walk atop them...which they then suck down into their inescapable maws.
With a successful hit, a beachteeth latches onto the feet of its prey, and slowly gnaws it to death from the bottom up.  Each round, the victim takes an automatic 3d6 damage, and is dragged downward 1' into the sands.  When the dragging depth exceeds the victim's height (typically around 6', at the end of 6 rounds), the victim perishes instantly due to a combination of being eaten alive and suffocation.
Escaping from a beachteeth is next to impossible.  Not only is there really no way to hurt the submerged creature (they have an effective 0 AC when underground), but any damage that does manage to get through is split equally between both the beachteeth and its vulnerable victim!
When not hunting, beachteeth lair in seaside ruins or ocean caves, where they surface to store regurgitated kills for later re-consumption.  They must surface to disgorge their stomach contents, and this is when they're vulnerable, having an effective surfaced AC of 9.
During the summer months, beachteeth spawn 4d6 eggs beneath the sands, which hatch in 1d4 weeks into 1 HD young.
Mutations:  None 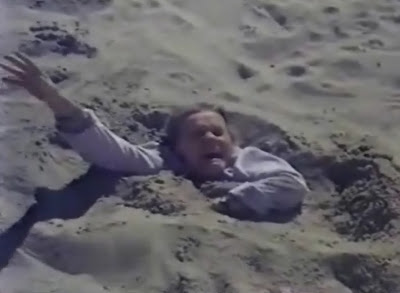 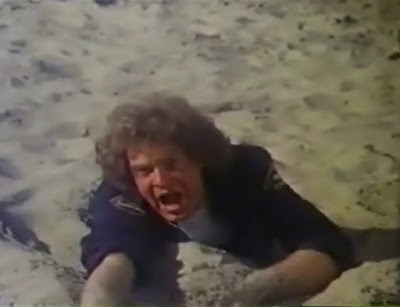 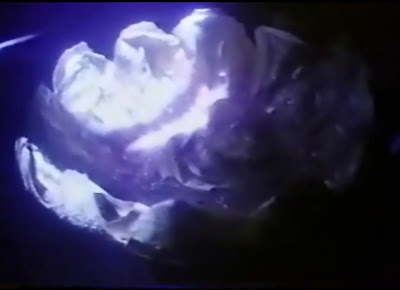 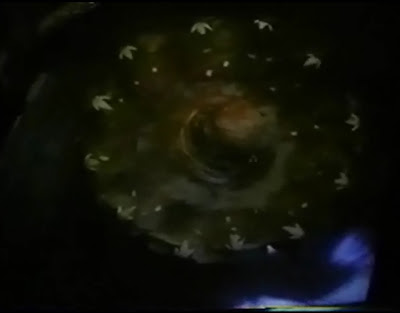 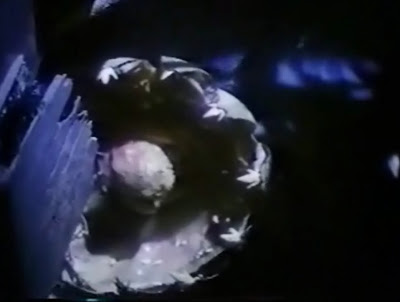