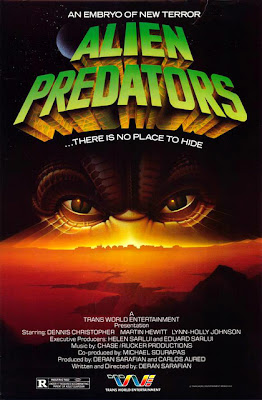 
When The Ancients first went to the moon, they brought back numerous geologic samples...

...but the space-rocks held more than the secrets of the cosmos' creation....

...FOR THEY SPAWNED A PLAGUE THAT EXPLODED ACROSS THE PLANET—LITERALLY!!!

Mammals are the hosts of choice; non-mammalians only suffer a -2 Save Modifer when exposed.  Those that fail their Saving Throw Versus Poison don't show any symptoms for 1 full day, but at the 24 hour mark, suffer 1d6 rounds of nosebleeds.  Then, 1d4 hours later, they become slightly erratic, as evinced by a myriad of potential behaviors:  giggling fits, repetition of mundane tasks, long stretches of intense and silent staring, etc.  And 2d6 hours after that, full-blown psychosis sets in, and the subjects become crazed, homicidal, destructive, and utterly oblivious to injury and pain.  They still retain enough cognition to operate weapons and vehicles, though...and often use vehicles as weapons.

After 48 hours, those infected with Burstitis convulse and hemorrhage, and within moments, die instantly as their necks and heads explode, exposing a spidery, parasitic thing that launches itself at the nearest living creature...!  In rare instances (5%), a terminal-stage victim's skin doesn't rip open; instead, it stretches and contorts, forming a protective sac around the ravenous parasite, which just needs the slightest external pressure to escape its fleshy confines....

A Burstitis vaccine can be synthesized from a combination of the original germ samples and an infected person's blood, but doing so requires Ancient equipment and laboratory facilities. 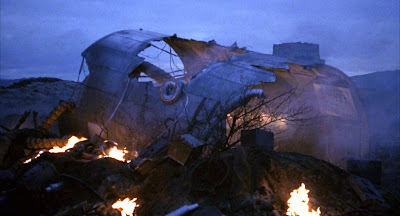 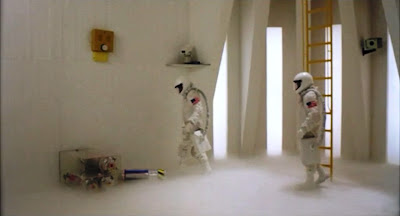 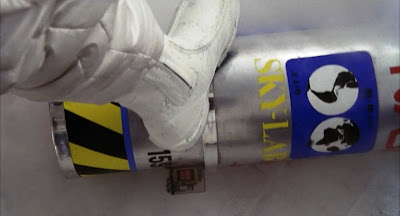 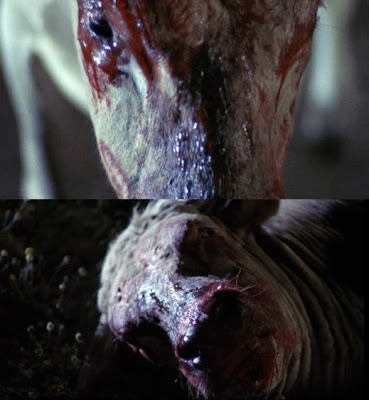 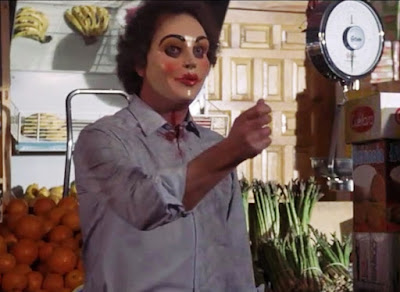 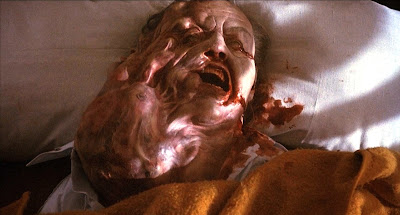 
A faceburster is a scuttling, fanged insectoid that develops in the chest cavity of those infected by the lunar Burstitis microbes.  After 48 hours, the fully-grown creature erupts from its host, killing it instantly in a grotesque geyser of gore and guts.

The size of a faceburster is determined by that of its host organism—the larger the host, the larger the faceburster.  Those that gestate in humanoids average 2' long, and have the listed stats.  [The Mutant Lord should adjust Hit Dice, Damage, and XP Values for bigger specimens.]  The number of facebursters present in any locale corresponds to the number of townsfolk / livestock / wildlife in the area.

A large faceburster sometimes hides within the corpse of its host so as to ambush scavengers.  The creature waits a few rounds to give said scavenger time to fixate on its meal, and then strikes, automatically Surprising the target and dragging it inside the carcass to devour.

Facebursters' Hoard Classes are based on the items (if any) carried by their deceased hosts (whose bodies are usually within 100' of the encounter). 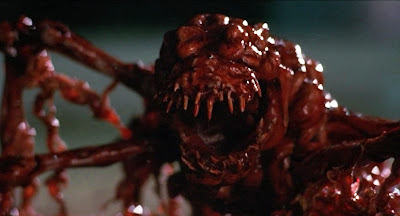 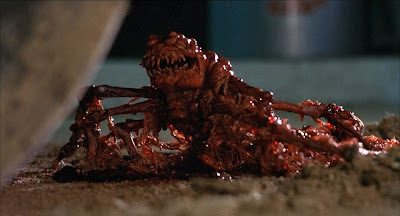